Biodiversity and Indigenous Knowledge in South Africa: 1University of South Africa, Pretoria, South Africa, [email protected] 2University of the Western Cape, Bellville, South Africa, [email protected] The Convention on Biological Diversity (CBD) emphasizes conservation of biodiversity, the sustainable use of its components and the fair and equitable sharing of benefits arising from genetic resources. The CBD has implications for the development of national, regional and international strategies for the conservation and sustainable use of biological diversity. This paper reflects on national developments in South Africa with respect to the conservation of biodiversity, focusing on how researchers, research managers, policy makers and the community and knowledge holders have related to and dealt with various The paper also reflects on the establishment of the Intergovernmental Committee on Intellectual property and Genetic Resources, Traditional Knowledge and Folklore (IGC) at the World Intellectual Property Organization (WIPO), exploring how the discussions on genetic resources have advanced and addressed concerns related to biodiversity. The debates on genetic resources are reflected upon together with the developments on The example of the Hoodia plant and the related indigenous knowledge in the South African and Southern African contexts is discussed, exploring how the related knowledge has been developed, exploited and protected and in some instances misused and misappropriated. In this context, the developments in indigenous knowledge systems (IKS) in South Africa are reflected upon, analyzing how both the IKS and biodiversity protection have developed in the past few years, indicating how some of the ethical challenges are still not resolved. Keywords: biodiversity, indigenous knowledge, intellectual property, South Africa, Hoodia
The Convention on Biodiversity and
its implications
biological diversity, the sustainable use world community’s growing from the use of genetic resources. The commitment to sustainable Convention covers, among others, the development. It recognizes that the Biodiversity and Indigenous Knowledge in South Africa 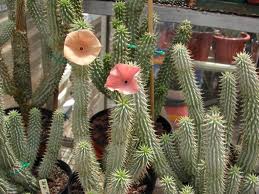 local communities that resources. The Protocol does not only provided indigenous know- ledge and biodiversity the CBD, but it also covers Traditional resources, national level. Article 6 of the Convention, which deals with General Measures for the Conservation and Sustainable use, requires each country to: Develop national strategies, plans or programmes for the conservation and sustainable use of appetitesuppressantsreviews.com (Accessed on 29 strategies, plans or
programmes which shall
The South African National
Biodiversity Strategy Action Plan

biiodiversity resources in these hotspots only in sharing of ‘riches’ but also to economy. Strategic Objective 2: Enhanced institutional effectiveness and Succulent Karoo found at ekapa.ioisa.org.za Biodiversity Act
Biodiversity and Indigenous Knowledge in South Africa for countries to share their experiences The Intergovernmental Committee
on Intellectual Property, Genetic
Resources and Folklore
World Intellectual Property knowledge, or even just to Organization (WIPO) Assembly in Developments in Indigenous
Knowledge in South Africa
Traditional Knowledge Africa in the period 1996 – 1998. This (TK) national systems of Science and Technology and carried

knowledge that covers various areas of specialization; with students from a variety of disciplines; Maputaland-Pondoland Albany Centre of endemism found at http://www.eoearth.org/article/ Biological_diversity_in_Maputaland-Pondoland-Albany (Accessed 29 October 2012) Biodiversity and Indigenous Knowledge in South Africa the characteristics of IKS is that it is cross cutting, as a result most research Science Educators, Historians, it cannot be business as usual in this Microbiologists, and Physicists. For cross cutting nature of such disciplines The Hoodia plant: An Example of
These kinds of cross-cutting studies are the challenges and interphase
most likely to do justice to the breadth between Biodiversity and IKS
that of the Hoodia cactus. This case nation. It has also clearly demonstrated that can guarantee greater between countries on protection of representation with respect to the focus during their long hunting trips. It is a

from their forebears. The Hoodia sap can be used to treat eye infections, the commercialization rights to the Hoodia brew of boiled Hoodia pieces can be Hoodia suppresses hunger and helps to viable after safety concerns were raised by Unilever two years before. It is also the Hoodia gordonii succulent as an sudden “wealth” and what are the long Ethical Challenges for Southern
were held in 1997 and 1998 by each University involved in the audit (these provincial workshops were held prior to the first National Workshop on IKS at the Mafikeng Campus of North The Cape Floral Kingdom found at nedbank.co.za holders if they did not indicate clearly in terms of benefit sharing, it had other Biodiversity and Indigenous Knowledge in South Africa found it very difficult to cooperate with related research is conducted, there are any meaningful contribution is to result Linguistic competence is a requisite for derived from their knowledge, culture, and history and which are embodied in Aboriginal languages. Those research-ing Aboriginal experiences must respect these per- References
Development Policy. London. Traditional Knowledge. A Mosimege, M.D. (2003). Development Discussion Paper Commissioned Deliwe, M. (1998). Prolegomena to a Africa.Draft 3. CSIR Policy Group.
Knowledge Systems: Towards a Sustainability: Cases and Actions. Khor, M. (2002). Intellectual Property, Hoodia Plant. Speech Delivered at Biodiversity and Indigenous Knowledge in South Africa Peoples (1996). Report of the Royal Commission of Aboriginal Peoples, 5 Vols. Ottawa: Canada Communication Group. Holla-Bhar. (1997). The Enclosure and Recovery of the Commons. New Delhi: Research Foundation for Science, Technology and Ecology. and Benefit Sharing: Use of Traditional Knowledge of Hoodia Species in the Development of an Appetite Suppressant. Journal of World Intellectual Property 7 (4): 851-876. 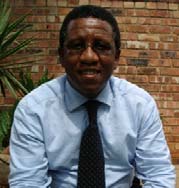 Africa. Lorna is the current chairperson Education at the University of Limpopo – Turfloop Campus; Manager of the Indigenous Knowledge Systems at the Council for Scientific and Industrial Research (CSIR) and also held the same position at the Department of Science and Technology (DST); Manager of Bilateral Relations in DST responsible for cooperation in science and technology between South Africa and North America, South America, Europe and Asia. He has served as the Research and Development Officer and President of the Southern African Association for Research in Mathematics, Science and Technology Education (SAARMSTE). Biodiversity and Indigenous Knowledge in South Africa