of the decline in pregnancy rate because of the ever engaged in sexual intercourse declined increases in sexual activity among sexually decline in sexual activity was calculated as 10% (52% to 47%; P = .035; Table 1). There was a 22% decline in the 15- to 17-year-old group (P = .003), and there was no change cluding increases in the use of individual where SA represents the percentage of sexu- time points). The number of young Hispanic methods, increases in the use of multiple ally active young women and CRI represents methods, and declines in nonuse (Table 2).
the contraceptive risk index. Similarly, the tercourse declined (P = .003), but there was percentage of the decline in pregnancy rate methods included increases in the use of con- because of improved contraceptive use was Hispanic White (P = .156) or Black (P = .415) doms (36% to 53%), birth control pills (24% to 33%), injection methods (8% to 10%), and More relevant to this analysis, rates of sex- ual activity (i.e., sexual intercourse during the ceased after its removal from the US market.
preceding 3 months) did not decline signifi- nearly identical to those obtained with an al- cantly among either 15- to 19-year-olds (41% ternative approach suggested by Preston et to 38%; P = .244) or 18- and 19-year-olds.
al.21 We used a bootstrapping procedure with Among 15- to 17-year-olds, the decline in sex- 500 iterations to calculate confidence inter- ual activity (28% to 23%) was of borderline vals (CIs) for percentage changes because of statistical significance (P = .065). Hispanic 15- and withdrawal, pills and withdrawal, and in- sexual activity and percentage changes be- to 19-year-olds exhibited a decline from 46% jection and condoms. Overall, the contracep- to 35% (P = .032). Again, no significant tive risk index declined 34% (P < .001).
change was found for non-Hispanic Whites or Blacks in that age group. In general, we found 15- to 17-year-olds were even larger than smaller changes in recent sexual intercourse changes among 15- to 19-year-olds. The rate than in history of ever having sexual inter- course, as a result of small, nonsignificant whereas pill use increased from 19% to 39%.
Nonuse declined from 35% to 14%. Use of2 or more methods rose from 12% to 33%, TABLE 1—Percentages of Young Women Aged 15–19 Years Engaging in Sexual Intercourse:
National Survey of Family Growth, 1995 and 2002
the pill and condom simultaneously (22%).
The contraceptive risk index declined 46% (P < .001). Although the increase in contra-ceptive use was not as dramatic among 18- History of sexual intercourse
and 19-year-olds, the decline in the contra- ceptive risk index (27%) was still consider- able (P = .004), and the percentage in which with considerable increases in the use of indi- Recent sexual intercoursea
from 38% to 58%, and use of birth control pills increased from 29% to 40%. Use of 2 or simultaneous pill and condom use rose from 9% to 17%. The contraceptive risk index de- clined 44% (P < .001). The data for non- Table 2 should be considered with caution aDefined as withing the past 3 months.
given the small sample sizes for these groupsin both years.
152 | Research and Practice | Peer Reviewed | Santelli et al. American Journal of Public Health | January 2007, Vol 97, No. 1

TABLE 2—Percentages of Sexually Active Young Women Aged 15–19 Years Who Used Selected Contraceptive Methods at Most Recent Sexual
Intercourse and Contraceptive Failure Rates Risk Scores: National Survey of Family Growth, 1995 and 2002
Note. Typical-use first-year contraceptive failure rates are from Ranjit et al.18 unless otherwise noted.
aFrom Trussell.19b Weighted-average contraceptive use or nonuse risk score, abbreviated as contraceptive risk index.
As described in the “Methods” section, the Blacks and Hispanics, changes were of border- changes in the 2 key components: sexual ac- overall pregnancy risk index combined the line statistical significance for both groups.
tivity and contraceptive use. As Table 4 dem- impact of changes in sexual activity and con- (Note that, in each case, the decline in actual onstrates, the largest changes in behaviors traceptive use (Table 3). Overall, pregnancy birth and pregnancy rates fell within the con- fidence intervals for the change in pregnancy 15- to 17-year-olds. This finding is consistent risk. This represents one way to validate the with the largest changes in actual pregnancy among 15- to 17-year-olds (55%, from 9.7 to calculation of our overall pregnancy risk rates occurring among younger teenagers.
4.4) than among 18- and 19-year-olds (27%, from 19.6 to 14.4). The change in the overall served among 15- to 19-year-olds was attrib- utable to a decrease in the percentage of sex- Hispanic Whites was significant; however, nancy risk and also displays the overall per- ually active young women (95% CI = –18%, centages of change that could be attributed to January 2007, Vol 97, No. 1 | American Journal of Public Health Santelli et al. | Peer Reviewed | Research and Practice | 153 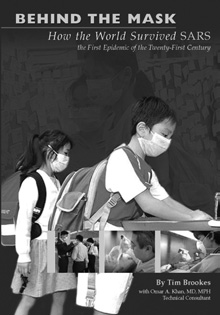 FCPRAC Florida Citrus Advanced Technology Program quarterly & FINal reportS: Control of Citrus Greening, Canker & emerging Diseases of Citrus Instructions Complete the fields based on your project specs. When finished, save the form to your local disk using a unique name. Then, go to http://research.fcprac.com , and log in with your user name and password using Researcher Login