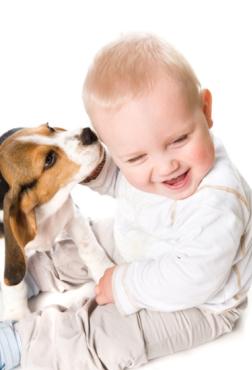 Science il ustrated by seminal work Animal Models in Light of Evolution (2009) Some of the Reasons We Do Not Take Our Precious
Children to the Veterinary Clinic When They Fall Ill
Performing research on animals in hopes of predicting what happens in humans when they are exposed to drugs and disease is tantamount to going to the veterinarian when you are il . The fol owing lists some reasons why physicians should not treat animals and why veterinarians should not treat humans. While the fol owing list is very incomplete, it should give you some idea of why animal-based research and testing is not everything the vested interest groups tell you it is. Acetaminophen also known as Tylenol and Paracetamol is toxic to cats. Chocolate can kil dogs yet humans consume large volumes. Ibuprofen causes kidney failure in dogs even at very low doses. Ketamine works wel in primates but not so wel in guinea pigs and rats. Morphine works wel for humans but some cats get very excited when given morphine and it can cause seizures in mice. Tamoxifen causes liver tumors in rats. Humans must not eat before surgery and anesthesia but rabbits and smal rodents do not vomit and so can be fed. Penicillin can be toxic to some guinea pigs and hamsters. Spontaneous tumors in monkeys are rare. Viruses like HIV cause very different conditions and diseases in humans than in nonhuman primates. Vaccines that worked wel in monkeys harmed humans. Animals reacted very differently from humans to smoking and environmental Dogs don’t suffer from heart beat abnormalities from Terfenadine, also known as Seldane (human do) but neither do they receive any benefit from the drug (humans do). Diphenhydramine also known as Benadryl works great in humans and dogs but humans must take only one fourth the dose recommended for your Labrador Retriever. Quinine causes dogs to go blind. Genes that cause diseases in humans do not cause disease in animals and vice versa. Many drugs tested safe or effective on animals only to fail in and or harm humans. Examples include: TGN1412 NXY-059 for stroke MLN977 for asthma Opren (Oraflex) Bextra (valdecoxib) Vioxx (Rofecoxib) Mibefradil (Posicor) Astemizole (Hismanal) Baycol (Cerivastatin) Raplon (Rapacuronium) phenylpropanolamine Propulsid (Cisapride) Rezulin (Troglitazone) Bromfenac (Xibrom) Seldane (Terfenadine) Grepafloxacin (Raxar) Etretinate (Tegison) levomethadyl (Orlaam) Pemoline (Cylert) Pergolide (Permax) Tegaserod (Zelnorm) AN1792 for Alzheimer’s Suprofen Practolol Fenoterol Dexfenfluramine Zimeldine The antituberculosis drug, isoniazid, has been shown to cause lung cancer in mice. It does not do so in humans. Furosemide, also known as Lasix helps mil ions of humans but is toxic to mice, rats and hamsters. Aspirin can cause blood abnormalities in cats and they can only take the medication every third day. Chloramphenicol, an antibiotic, caused life threatening aplastic anemia in cats. Chloramphenicol is a good example of a drug that varies tremendously from species to species. Dogs do wel with it, but cats die from it. Drugs known to damage the human fetus are found to be safe in 70% of cases when tried on primates. Please feel free to print out, re-arrange the above, as a leaflet for distribution. For the science organisation that il ustrates FLOE’s case visit AFMA/EFMA

You may hear some of these terms mentioned by your doctor. Most women don’t like to question their doctor, and leave the session no wiser than when they first made the appointment. This glossary is aimed to simplify some of the medical terms you may hear. Anterior Repair - a gynaecologic surgical procedure designed to treat a cystocele (a bulge of Anticholinergic - a class of drugs which hel