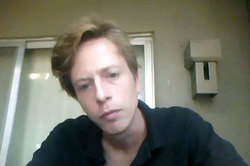 Trial; Pleads Not Guilty On Newest Charges By Anna MerlanPublished Wed., Jan. 30 2013 at 11:03 AM In a brief hearing this morning, United States District JudgeSam Lindsay found former self-proclaimed Anonymousspokesperson Barrett Brown mentally competent to standtrial. The judge will issue an order to that effect later todayor early tomorrow. At the same time, Brown was arraignedand pleaded not guilty to his newest charge, concealingevidence, Those charges were added onto two other indictments, forandfor from the Christmas Day hackof intelligence firm Stratfor. All told, Brown faces potential prison time of around 100 years.
The courtroom was mostly empty this morning, save for a few reporters and Brown's parents, a slimwoman with a blond bob and her husband, a short guy with a dark-blue sweater and a sandy mop ofbrown hair. They declined to give their names or speak with reporters after the hearing. Brownshuffled into the courtroom accompanied by two U.S. marshals, his hair cut short, looking prison-sallow and unhappy under the fluorescent lights. His mother smiled at him.
"Sir, are you Barrett Lancaster Brown?" Judge Lindsay inquired.
"No, Your Honor." Brown replied.
"You're not?" Lindsay asked. "What is your name?" "My name is Barrett Lancaster Brown, Your Honor," Brown replied.
Lindsay paused again. "That's what I said," he answered, finally.
Other than that brief spot of weirdness, things proceeded uneventfully. In response to questions,Brown told the judge that he understood he was there in order for the court to determine his mentalcompetency, after a prison psychologist at the Federal Correctional Institution in Fort Worth recentlyissued a report recommending he be found competent.
Brown's public defender, Doug Morris, told Judge Lindsay that when Brown was first indicted, back inSeptember, "I had some concerns initially" about Brown's mental state. He asked a magistrate judgeto remand Brown to the facility in Fort Worth, where he could receive medical treatment.
Brown told the judge that in Fort Worth he was "under the sporadic care of a psychologist," afterspending a week and a half under medical supervision while undergoing withdrawal from Suboxone, adrug used to treat opiate addiction. "I was addicted to Suboxone," he told the judge. He said that henow takes Zoloft, an anti-depressant, and risperidone, an anti-psychotic (although Browncharacterized it as an anti-depressant and sleep aid, which it's sometimes also prescribed for).
"He appears to be in much better shape than when he was brought in," Morris told the judge, addingthat Brown has "a pretty good grasp" on the charges against him, his plea options, and theconsequences of pleading guilty.
In short order, Lindsay ruled that Brown "does not suffer from a mental disease or defect" that wouldmake him unable to stand trial or participate in his own defense. The judge then read the newestcharges of concealing evidence to Brown. There are two of them: obstruction by concealing evidenceand corruptly concealing evidence.
"Would you like to have the indictment read aloud in open court?" Linday asked.
"Oh, that's all right, Your Honor," Brown replied, before pleading not guilty.
The assistant U.S. attorney prosecuting the case, C.S. Heath, then asked that the first set of charges --on the threat to the FBI agent -- be tried separately from the other two indictments, which she askedbe tried together.
"There's an individual referenced [in the newest indictment] who may ultimately be named as adefendant," she explained. "That individual does not need to be in the same trial." (An anonymous Lindsay set a trial date of April 8 for the first charges and May 6 for the second two. However, Brown'slawyer may file for a continuance; he told the judge during the hearing that the evidence "takes upmultiple terabytes" and may need time to review.
With that, the hearing was over, and the marshals escorted Brown away. Out in the hallway, an APreporter asked Brown's attorney if anyone from Anonymous had been in touch with his client.
"I have no idea about any of that," Morris replied, adding that he doesn't really track whom his clientwrites to. "But my suggestion is for him not to talk."