Sample Preparation for the Detection of Synthetic Analogues
of Insulin in Human Serum
Australian Sports Drug Testing Laboratory National Measurement Institute, Pymble NSW, Australia
Introduction
The detection of the abuse of synthetic insulins by doping laboratories is likely to
become a routine requirement. The World Anti-Doping Authority (WADA) code
normally requires the use of mass spectrometry to identify prohibited drugs but
peptide hormones are currently excluded because of the difficulty of obtaining mass
spectra from such large molecules at very low physiological concentrations. Recent
developments in applying mass spectrometry to proteomics means that it is becoming
feasible for doping laboratories to routinely apply such methodology to detect and
confirm the abuse of peptide hormones. The methodology to detect and confirm the
abuse of peptide hormones by mass spectrometry is preferred to the current use of
immunoassays or other immuno-reactive techniques. Insulin is a clear example of
how both endogenous insulin and its synthetic analogues can give a positive result
with some immunological assays but mass spectral analysis can easily distinguish
between them. The use of all types of insulin is prohibited by non-diabetic athletes but
it is desirable if possible to identify which form of insulin has been used.
To use techniques such as liquid chromatography-mass spectrometry (LC-MS) to
detect synthetic insulins requires that they be extracted and concentrated prior to LC-
MS analysis. This requires at least one evaporation of a solution with high water
content. It has been found for insulin-containing solutions that a vacuum concentrator
is superior to nitrogen evaporation as it is much faster and gives better recoveries.
Insulin is a peptide hormone consisting of two peptide chains that are cross-linked by
two disulfide bridges (Figure 1). The two peptide chains are denoted as chain-A and
chain-B. Five synthetic insulins were studied, Apidra (Aventis), Humalog (Eli Lilly &
Company), Lantus (Aventis), Levemir (Novo Nordisk Pharmaceuticals Pty. Ltd.) and
Novorapid (Novo Nordisk Pharmaceuticals Pty. Ltd.), for the analysis in serum
samples by liquid chromatography tandem mass spectrometry (LC/MS/MS) with
electrospray ionisation. The synthetic insulins can be differentiated from endogenous
human insulin because their amino acid sequence has been modified. The simplest
modification is the swap of positions for the proline and lysine from human insulin to
Humalog (B-chain residue 28 and 29), as highlighted in Figure 1. Humalog is then the
hardest to differentiate by LC/MS/MS as the observed precursor molecular ions ([M +
nH]+n) are the same but for the product ions there is a clear distinction. The m/z 217 is
observed for Humalog fragment y2 (ProThr, B29B30) while for human insulin the m/z
226 is observed representing y3 – y1 (ProLys, B28B29). 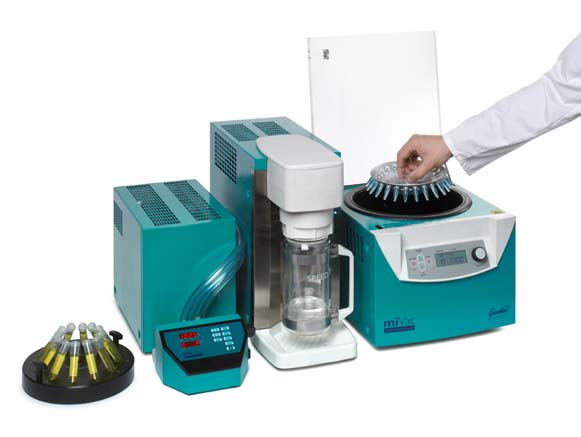 Apidra, a rapid acting human insulin analog, has asparagine at position B3 replaced
by lysine and lysine at position B29 has been replaced by glutamic acid (Figure 1).
Three modifications have been made for the insulin analog Lantus: glycine replaces
asparagine at A21 and two arginine amino acids are added to the COOH-terminal of
the B chain. Threonine has been omitted from Levemir and a C14 fatty acid chain has
been attached to the B29 amino acid, resulting in a long-acting analog. Novorapid has
the amino acid proline at B28 replaced with aspartic acid (Figure 1), which introduces
an additional negative charge within the insulin molecule causing the rapid action of
the product.
Apidra, Lantus, Levemir and Novorapid are easily distinguished by LC/MS/MS
analysis as each has distinct precursor ions because of the variation in molecular
weight as well as distinct product ions.
Extraction, Concentration and Analysis
Insulin was extracted from 2 mL serum samples using immunoaffinity
chromatography columns followed by a solid phase extraction. The final volume of
the purified samples is 1.2 mL in aqueous 2% acetic acid with 50% acetonitrile. The
extraction technique implemented within ASDTL had been developed by 1Thevis et
al.
The extracts were dried using either a Turbovap (Zymark) with nitrogen gas supply
and water bath set to 35ºC or a miVac DUO with Quattro pump (Genevac – Figure 2).
The samples were analysed on a 4000 Q TRAP (Applied Biosystems) with a gradient
separation (Agilent 1100, CapPump Binary) using a XBridge Shield RP18 3.5µm 1.0
x 150mm column. Solvent A consisted of 95% H2O 5% acetonitrile and solvent B
consisted of 90% acetonitrile 10% H2O both A and B had 0.2% formic acid. The gradient was constant from 0 to 2 minutes at 85% A, then reduced to 32.5% A to 14
minutes, solvent A increased back to 85% at 15 minutes and equilibrated the column
at 85% A till 20 minutes.

Figure 2: miVac Duo concentrator system
Results
The samples would require up to 6 hours drying time using the Turbovap which
resulted in the preparation taking two days before samples would be ready for
analysis by LC/MS/MS. In comparison the miVac DUO dried samples in 2 hours
using the alcohol method with heating set to 40ºC. The samples could then be
extracted and ready for analysis within a single day. Furthermore the recoveries and
recovery reproducibility of all five insulin analogs, Apidra, Humalog, Lantus,
Levemire and Novorapid, were significantly improved as shown in Figure 3.
Figure 3: Recovery and standard deviation for six replicate extractions by
immunoaffinity chromatography

Summary
The use of the miVac DUO with Quattro DUO pump significantly improved the
method for the detection of synthetic insulins in serum by being both much faster and
by giving better and more consistent recoveries than obtained with nitrogen
evaporation.
Reference

How is Obsessive Compulsive Disorder Treated? 1. Behavioral Treatment for Compulsions: Never discontinue these medications abruptly and Obsessive One of the most effective psychological treatments is always consult a physician prior to decreasing them. exposure plus response prevention (ERP). Very 3. Rebuilding Confidence Compulsive basically, ERP involves exposure to t