Ototoxic brochure by league for hard of hearing.pdf 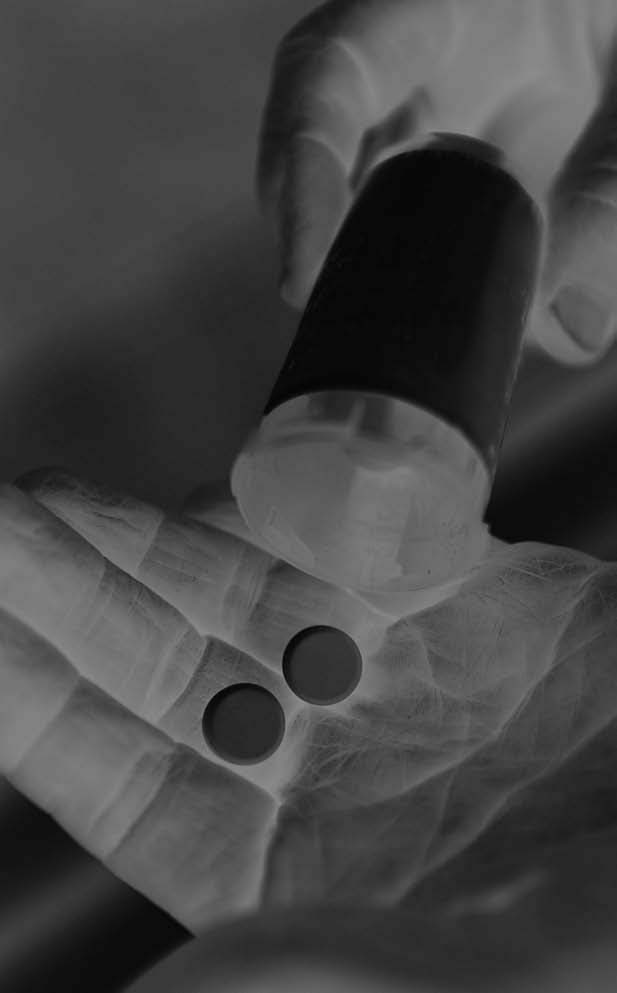 This pamphlet indicates which most commonly used medications could potentially cause damage to your hearing, or aggravate an already existing problem. It is important that you, the patient, take responsibility in knowing which drugs you should try to avoid. Usually any hearing problem will only be caused by exceeding the recommended dosage of the medications. Often these problems are reversible upon discontinuation of the drug. Occasionally there are times when this change in hearing can be permanent. If you are experiencing a hearing problem, or if there is a hearing disorder in your family, it is imperative that your treating physician and pharmacist be aware of this fact. If you are prescribed one of the medications found on this list, you should speak to your physician to see if another, potentially less toxic drug, could be used in its place. If the drug is over-the-counter, you should ask the pharmacist for a recommendation In the lists that follow, the generic name of the drug is given first, with the trade name, if available, followed in parentheses and capitalized. Many times a particular generic drug is manufactured under The trade names mentioned in this article were selected by the author randomly. The inclusion of a particular trade name and the exclusion of another should not be interpreted as prejudicial either for one nor against the other. Drugs that can cause hearing loss
Salicylates
(ear drum) is perforated. When a solutionof an aminoglycoside antibiotic is used on the skin together with an aminoglycosideantibiotic used intravenously, there is a risk of an increase of the ototoxic effect, (Toxic effects appear to be dose related especially if the solution is used on a and are almost always reversible once wound that is open or raw, or if the patient has underlying kidney damage. Neomycin is the drug that is most toxic Non-Steroidal Anti-Inflammatory
to the structure involved in hearing, the Drugs (NSAIDS)
cochlea, so it is recommended for topical use only. But even topical therapy has Most NSAIDS have the potential for resulted in hearing loss when large areas causing hearing loss and/or tinnitus. were treated which allowed for large Because new drugs are being frequently amounts of the drug to be absorbed into approved for use, it is important that you the body. Hearing loss caused by this check with your doctor or pharmacist to class of antibiotics is usually permanent.) determine if the drug you were prescribedcan cause a problem.) • ibuprofen (Motrin, Advil, Nuprin, etc.) • naproxen (Naprosyn, Anaprox, Aleve) (Toxic effects are dose related and are intravenous doses of 2-4 grams per almost always reversible once medications 24 hours, especially if there is underlying kidney failure.)• vancomycin (Vancocin) Antibiotics
(Similar to aminoglycosides in that it may be ototoxic when used intravenously in life-threatening infections. The fact that aminoglycosides and vancomycin are often used together intravenously when treating life-threatening infections futher exaggerates • polymixin B & amphotericin B (Of particular interest is that topical ear drop medications containing gentamycin or neomycin do not appear to be ototoxic in humans unless the tympanic membrane Drugs that can cause tin
Diuretics
Vapors, Solvents
• bendroflumethazide (Corzide) • chlor-thalidone (Tenoretic) • ethacrynic acid (Edecrin) (These are usually ototoxic when given intravenously for acute kidney failure, acute hypertensive crisis, or acute pulmonary edema/congestive heart failure. Rare cases of ototoxicity have been found when these medications are taken orally in high doses by people with chronic kidney disease.) Antibiotics
• aminoglycosides (see previous section) Chemotherapeutic Agents
• chloramphenicol (Chloromycetin) • bromocriptine (Parlodel) • carboplatinum (Carboplatin) • sulfonamides (Septra, Bactrim) • methotrexate (Rheumatrex) • nitrogen mustard (Mustargen)• vinblastin (Velban) Anti-neoplastics
(The ototoxic effects can be minimized by • cis-platinum (Platinol) carefully monitoring blood levels.) • carboplatinum (Paraplatin)• methotrexate (Rheumatrex) • nitrogen mustard (Mustagen) • chloroquine phosphate (Aralen) Diuretics
• quinine sulfate (Quinam) (The ototoxic effects are very similar to • bendrofluazide• clorothalidone (Hygroton, Tenoretic) Mucosal Protectant
• ethacrynic acid (Edecrin)• furosemide (Lasix) Narcotic Analgesics
• hydrochlorthiazide (Hydrodiuril) • hydrocodone (Lorcet, Vicodin) • methylchlorthizide (Enduron) Cardiac Medications
• celiprolol• flecainide (Tambocar)• lidocaine• metoprolol (Lopressor)• procainamide (Pronestyl) • quinidine (Quinaglute, Quinidex) • isoxicam• ketoprofen (Orudis) Psychopharmacologic Agents
• methyl salicylates (BenGay) • naproxen (Naprosyn, Anaprox, Aleve) • phenylbutazone (Butazolidine) – quazepam (Doral)– temazepam (Restoril) Glucocorticosteroids
• prednisolone (Prednisone) • ACTH (adrenocorticotrophic • carbamzepine (Tegretol) • diclofensine• doxepin (Sinequin) Anesthetics
• desiprimine (Norpramin) Antimalarials
• hydroxychloroquine (Plaquinil) • phenelzin (Nardil)• protriptilin (Vivactil) Miscellaneous Toxic Substances
Non-Steroidal Anti-inflammatory
Drugs (NSAIDS)
• auronofin (gold, Ridaura) • carprofen• diclofenac (Voltaren) (Ironically, several of these drugs found to cause tinnitus, are also used to treat tinnitus (e.g., amitryptiline, benzodiazepine class, carbamazapine, furosemide, lidocaine, • ibuprofen (Motrin, Advil, Nuprin) A pioneer in hearing rehabilitation, human services, and the League
hearing conservation. The League for the Hard of Hearing,founded in 1910, is a private not-for-profit rehabilitation agency for infants, children and adults who are hard of hearing, deaf, and deaf-blind.
The mission of the League for the Hard of Hearing is to improve the quality of life for people with all degrees of hearing loss. This is accomplished by providing hearing rehabilitation and human service programs for people who are hard of hearing and deaf, and their families, regardless of age or mode of communication.
We strive to empower consumers and professionals to achieve their potential and to provide leadership to, and be the model for, disciplines that relate to hearing rehabilitation.
We promote hearing conservation and provide public education about hearing.
Claussen, C.F, (1996). Chemically induced or drug induced tinnitus. Ototoxic Drugs:
International Tinnitus Journal, 2, l-2. Bibliography
Drug Facts & Comparisons. (1995) St. Louis, MO. J.B. Lippincott. Epstein, S. (1996) What you should know about ototoxic medications.
Journal of Self Help for Hard of Hearing People, 16, 29-30. PDR Drug Interactions and Side Effects. (50th ed.). (1996). Montvale, N.J:Medical Economics Co. Physicians Desk Reference (50th ed.). (1996). Montvale, NJ: Medical Economics Co. Suss, E. When the Hearing Gets Hard. (pp. 167-216). New York, NY: Bantam Books. USP dispensing Information. (1997). In Drug Information for the Health Care Professional. Vol. 1. Rockville, MD: The United States Pharmacopeial Convention, Inc. League for the Hard of Hearing50 BroadwayNew York, NY 10004917-305-7890 DESIGN: TRIBICH DESIGN ASSOCIATES, INC. / NYC