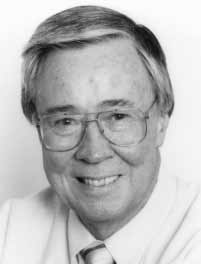 Clinical Rounds
Women’s Health
I N T E R N A L M E D I C I N E N E W S • S e p t e m b e r 1 5 , 2 0 0 5 D R U G S , P R E G N A N C Y ,
L A C T A T I O N
B Y S H A R O N W O R C E S T E R
The autoimmune disorder traindicated in pregnancy. Exposure of S T. P E T E B E A C H , F L A . — A total of 228 adverse events associated with the use fluoxetine, 9 with sertraline, and 7 with ate is contraindicated during pregnancy.
nancy, the incidence is about 1 in 1,000. Administration’s Adverse Event Reporting System since the drug’s approval in 1998, J. Edward Fisher, Jr., Ph.D., reported at the large study, the association between parox- factor–α (TNF-α) and interleukin-1 in annual meeting of the Teratology Society.
riod for structural defects is 8-10 weeks after the first day of the last menstrual developmental events, including 38 during the peri- or postnatal period. Of the 38 cas- Fisher and the other reports involving var- es, 31 occurred during the first week of life, gest a class effect. But the data cannot ver- rigidity, tremor, and confusion associated ify significant differences among individual with citalopram exposure in either the 3rd drugs in this class, he told this newspaper.
As a rule, "the use of this agent has to be balanced with respect to the benefit to mg/day, said Dr. Fisher, a pharmacologist the mother if she is depressed. There is a are preferable to tricyclics in terms of safe- ty and efficacy," said Jeffrey Jonas, M.D., se- B Y G E R A L D G .
nior vice president of Forest Research In- B R I G G S , B . P H A R M .
ciated with maternal use of selective sero- tonin reuptake inhibitors (SSRIs) and se- lective norepinephrine reuptake inhibitors risks and benefits of SSRI and SNRI use in (SNRIs) prompted the FDA last year to re- quire labeling changes warning of the risk risk of maternal morbidity associated with chelating agent associated with a risk of associated with their use during pregnancy.
fetal connective tissue defects (cutis laxa), with their long elimination half-lives, in- conception, fetal renal toxicity, and pre- esis of unplanned pregnancies is likely.
B Y N A N C Y A . M E LV I L L E
C o n t r i b u t i n g Wr i t e r ble transient side effects after use of anti- T U C S O N , A R I Z . — Recent research depressants late in pregnancy, but the few carries a low risk for oral clefts and pro- linking use of selective serotonin reuptake long-term studies that have looked at the topic did not find any lasting consequences be carries its own serious risks, Marlene ative effects on maternal weight gain and the child’s birth weight as well as an in- drawal syndrome” in the first days of life the U.S. Food and Drug Administration.
that is linked to SSRI use, especially to With its own letter rating system consid- own officials, according to Dr. Freeman— to be highly unreliable, the agency is talk- Organization database of adverse drug re- professionals can call the toll-free num- actions. Researchers reported 93 suspect- about enrolling patients in this study.
and it “raises more questions than it an- specialist, Women’s Pavilion at Miller Children’s Hospital, Long Beach, Calif.; “Discuss the risks and benefits of anti- clinical professor of pharmacy, University anxiety disorders played a role. Also, there depressant treatment and seek advice from of California, San Francisco, and adjunct was no clear denominator, so it’s not clear other clinicians,” Dr. Freeman advised at professor of pharmacy, University of Southern California, Los Angeles. He also medications and did not have the problems, “It’s definitely important to use the low- is coauthor of the reference book, “Drugs said Dr. Freeman, director of the women’s est effective doses, but we also don’t want mental health program at the university.

Long-Term Care of Patients With Frontotemporal Dementia Jennifer J. Merrilees, RN, MS, and Bruce L. Miller, MD Frontotemporal dementia (FTD) results from the progres-onstrate alterations in dress and hygiene. Hyperorality andsive dysfunction of the frontal and/or temporal lobes of theritualistic behaviors around eating can occur. Socially inap-brain. It is a presenile dementia with a me