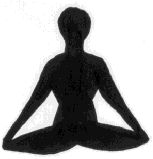 Av.Libertador 14539 Dep.106 CP 1641-Acassuso-Prov.Bs.As. Rep.Argentina Tel/Fax (5411) 4792 1871 Email: [email protected]
Counsellor Beatriz Brinckmann-Argentina
Workshop: “Becoming aware of my Body language”
I had a bilingual education in Spanish and German, later studied French at the
University in Geneva Switzerland and I am fluent in English. In 1976 I started to work
as an instructor of the Milderman Body-Mind –Soul System in 1979 till 1997at the
Yogui Institute in San Isidro under the direction of Liliana Ardiles and Simonetta
Imperiali de Kehidai where I learned this method, which was created in Argentina by
Susana Milderman in the early 50 s. From 1997 till now I have taught this privately and
at Seminars. I participated at a Seminar given by the Saraydarian Institute in Fort
Lauderdale USA in May 2004.
I finished my Counselling Studies in 1997 at the Instituto Holos in Buenos Aires, have
worked as an active member of the Argentine Counselling Association from 2000 to
2005,have been President of this same Association from 2000 to 2002. I Counsel in
Bereavement, Cancer and Family problems.
I work for Intercultural Training, for foreign countries employees in Argentina
I am member of the International Counselling Association Executive Council
since2003, Vice-president since 2004.
I helped organize the International Conference in Buenos Aires in 2005.
I have presented this Workshop in many countries during previous Conferences.
This system is called Rhythmic Gymnastic based on Yoga and Greek plastic.
Susana Milderman the creator of this system in early 1950 took this name Gymnastic
being faithful to the Greek term which refers to the movement of any Psycho-physic
unit, Greek plastic is the base of the rhythmic expressive gymnastic.