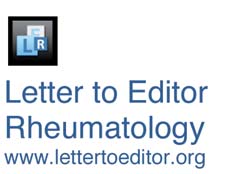 significant concurrent medical conditions or other relevant References
1. Zochling J, van der Heijde D, Burgos-Vargas R, et al.; ‘Assessment in AS’ international working group; European League Against 2- Efficacy of SSZ may have been underestimated in this Rheumatism. ASAS/ EULAR recommendations for the manage- study due to several reasons. First, patients were randomly ment of ankylosing spondylitis. Ann Rheum Dis 2006;65:442-52.
assigned to receive either etanercept 50 mg once weekly or 2. Dougados M, vam der Linden S, Leirisalo-Repo M, et al.
SSZ. Patients in the SSZ group were put on an initial dose of Sulfasalazine in the treatment of spondylarthropathy. A random-ized, multicenter, double-blind, placebo-controlled study. Arthritis 0.5 gr of SSZ and the dose was increased 0.5 gr each week until the target dose of 3 gr was reached. Therefore, full 3. Braun J, Zochling J, Baraliakos X, et al. Efficacy of sulfasalazine in dosage was achieved by week 6 and the authors decided to patients with inflammatory back pain due to undifferentiated choose 16-weeks of duration as the end-point based on the spondyloarthritis and early ankylosing spondylitis: a multicentrerandomised controlled trial. knowledge that optimal efficacy may take 4 months.[] Ann Rheum Dis 2006;65:1147-53.
4. van den Berg R, Baraliakos X, Braun J, van der Heijde D. First However, it should be kept in mind that in a previous study, update of the current evidence for the management of ankylosing which the authors cited, the initial dosage of SSZ was 2 gr and spondylitis with non-pharmacological treatment and non-biologic the latent period of the onset of activity for SSZ was estimat- drugs: a systematic literature review for the ASAS/EULAR manage-ment recommendations in ankylosing spondylitis. ed as three months. Thus, 10 weeks might not be enough to reach maximum efficacy. Moreover, the absence of a placebo 5. Braun J, van der Horst-Bruinsma IE, Huang F, et al. Clinical effi- group may complicate the interpretation since a remarkably cacy and safety of etanercept versus sulfasalazine in patients with high proportion of patients (52.9% for SSZ in comparison ankylosing spondylitis: a randomized, double-blind trial. Arthritis with 75.9% for ETN group) achieved primary efficacy end- 6. Yazici Y, Adler NM, Yazici H. Most tumour necrosis factor point of ASAS20. Additionally 32.6% in SSZ group (vs 59.8% inhibitor trials in rheumatology are undeservedly called 'efficacy in ETN group) achieved ASAS40 and 21.2% achieved and safety' trials: a survey of power considerations. Rheumatology ASAS5/6 (45.5% in ETN group) response. These efficacy figures may be higher than expected with placebo.] The 7. Dougados M, Boumier P, Amor B. Sulphasalazine in ankylosing spondylitis: a double blind controlled study in 60 patients. Br Med conclusion of “earlier initiation of anti-TNF therapy may J (Clin Res Ed) 1986;293:911-4.
warrant consideration, specifically in place of treatment with 8. Braun J, Deodhar A, Dijkmans B, et al.; Ankylosing Spondylitis sulfasalazine, in patients with active axial and peripheral AS” Study for the Evaluation of Recombinant Infliximab Therapy might not be appropriate due to the discussed limitations. Study Group. Efficacy and safety of infliximab in patients withankylosing spondylitis over a two-year period. Arthritis Rheum 3- In the ASCEND study 566 AS patients enrolled at 85 centers in 23 countries. The effect of the centers on outcomes 9. Sieper J, van der Heijde D, Dougados M, et al. Efficacy and safety and the potential variation was not accounted for.
of adalimumab in patients with non-radiographic axial spondy-loarthritis: results of a randomised placebo-controlled trial (ABILI- In conclusion, although it was shown that anti-TNF TY-1). Ann Rheum Dis 2012 Jul 7. [Epub ahead of print] agents was superior to SSZ in the treatment of AS, before rec- ommending the early initiation of anti-TNF agents in place 10. van der Heijde D, Kivitz A, et al. Efficacy and safety of adalimumab in patients with ankylosing spondylitis: results of a multicenter, ran- of SSZ we need more carefully designed studies with appro- domized, double-blind, placebo-controlled trial. Arthritis Rheum Copyright 2012 Society for Education and Research in Rheumatology, Turkey.

THIS CIRCULAR IS IMPORTANT AND REQUIRES YOUR IMMEDIATE ATTENTION If you are in any doubt as to any aspect of this circular or as to the action to be taken, you should consult your licensed securities dealer, bank manager, solicitor, professional accountant or other professional adviser. If you have sold or transferred all your shares in Nam Fong International Holdings Limited (the “Compa

MSF 4112 / REV0104 SEAFARER MEDICAL REPORT FORM (ML5) AND ML5 CERTIFICATE WHO MAY USE THIS FORM This form is for use in connection with an application for: a) a Boatmaster's Licence for use on a non-seagoing local passenger boat ; b) an RYA Certificate or Boatmaster's Licence for operation under the MCA Small Commercial Vessel Code, or Large Yacht Code in Area Categorie