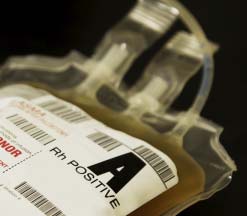 How many times have
What is apheresis?
Why is blood separated into components?
you heard it, or said it?In response to finding Different patients need different blood components, depending on their illness or injury. After you donate whole blood, the unit is separated by our laboratory professionals into: platelets, red cells, plasma, and then cryoprecipitate is made (for the bleeding disorder Only two tablespoons of platelets are collected from the specifically neededblood component are an entire whole blood donation. Six whole blood donations must be used to provide a single platelet What are platelets?
transfusion. However, one apheresis donation provides How long does it take?
enough platelets for one complete transfusion – six times the amount collected from a whole blood control bleeding. During harsh but necessary the apheresis donation process will take anywhere from chemotherapy and radiation treatments, patients’ one hour to 90 minutes. You can watch television or How many people can I save?
the movie of your choice, or simply relax and enjoy the Without a transfusion from a healthy person, the patient is at risk of a fatal brain hemorrhage. When a blood Who can be an apheresis donor?
vessel is damaged, platelets collect at the site of the injury and temporarily repair the tear. Platelets then Apheresis donors new to the LifeShare program must “single,” “double” or “triple” dona- activate clotting factor substances in plasma which form be *males in good health, at least 17 years old and 110 pounds. You also must not have used an anti- inflamatory for 24 hours, or taken aspirin or aspirin- Who needs platelets?
containing products, within 48 hours of donation.
Many lifesaving medical treatments require platelet How often can I donate
(*It has recently been discovered that during pregnancy transfusions, but most often platelets are given to cancer platelets?
a woman can develop certain antibodies through and leukemia patients. Other patients include those contact with fetal blood. In vary rare cases, those receiving organ or bone marrow transplants, victims of antibodies can cause a reaction in a platelet recipient.
traumatic injuries, and patients undergoing open heart To that end, going forward the charity is choosing to surgery. Because platelets can be stored for only five error on the conservative side - recruiting only men - days, the need for platelet donations is vast and until medical science is better able to understand this continuous. The platelet donation process is called an 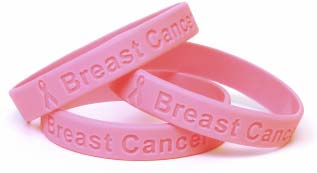 Are apheresis donations safe?
Who is LifeShare?
Yes. Each donation is closely supervised throughout LifeShare Community Blood Services was founded as the procedure by highly trained, caring staff.
a charity in 1948 to provide blood and components for the critically ill and injured across Northeast Ohio. Blood Only a small percentage of your platelets are collected, collected remains in the community where it was do- so there is no risk of bleeding problems. Your body will Donate Platelets
nated. LifeShare is the only source of blood to hospital replace the donated platelets within 72 hours.
patients in Lorain County, the primary source of bloodto those treated in Stark County, and a major provider The donation equipment (needle, tubing, collection bags) is sterile and discarded after every donation, making itimpossible to contract a disease from the process.
LifeShare has seven permanent neighborhood donor fa- How does the procedure work?
cilities across the region and conducts blood drives sevendays a week year ‘round. To find a location near you During an apheresis donation, blood is drawn from your arms into an automated cell separator. Inside a sterilekit within the machine, your blood is spun and platelets LifeShare only collects platelets at specially equipped are removed. Your remaining blood components are LifeShare Platelet Collection Facilities
What blood types are needed for
platelet donation?
LifeShare needs males with types A Positive and B 1455 Harrison Ave. NW, Suite 208, North Bldg.
If you are a male with AB blood type you may be an ideal candidate to give a simultaneous platelet and plasma donation. Your plasma is “universal” in that it may be safely given to anyone regardless of blood type.
To make a platelet donation appointment
in Canton:
www.lifeshare.cc

PROFILE: ANTJE BOIJENS Antje Boijens is a consultant, trainer and a certified executive coach with more than 15 years of working experience in the business world. Her capacity to understand organizational architectures as wel as people’s drives and her thorough approach to leverage human potential make her a sought- after business coach for executives and managers. In workshops and team bu