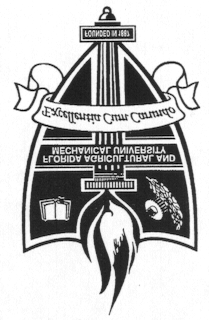 Public Health Entomology Research & Education Center .A publication of Florida A & M University EG#8
John P. Smith, Ph.D., B.C.E.
John A. Mulrennan, Sr. Public Health Entomology Research & Education Center INJURY & SPREAD
Scabies is a skin condition, also known Mature female mites are responsible for as “seven year itch” or “Norwegian itch,” the majority of the skin irritation caused by produced by almost invisible (0.015 inches long) tunneling in the upper skin layer. The female parasitic mites commonly referred to as “itch will deposit eggs in tunnels that extend over one inch in length at 2-3 day intervals over a two- month period. Once the eggs hatch (3-8 days), There are several varieties of itch mites emerging larvae exit the tunnels and remain on that can be distinguished only by the host they or near the surface of the skin until they reach attack. Dog, pig, horse and human itch mites adult stage. During this time, male mites move are known to exist. Though it is possible for about the skin surface where it is thought they people to be infested with non-human varieties, mate with females. These newly fertilized usually little to no adverse effect is produced. female mites are highly active and are thought to be the contagious stage. Itch mites are primarily transmitted through close personal contact, though bed linens and clothing may whitish in color and have eight short, pointed legs equipped with suction devices on the two front pairs and long hairs on the remaining hind SIGNS, SYMPTOMS & DIAGNOSIS
legs (Fig. 1). The life cycle of the human itch mite consists of the egg, six-legged larval, eight- of the body characterize scabies. The most legged nymphal and adult stages. The period common infested areas include: the wrists, from egg to mature adult takes 10-14 days at elbows, breasts, penis, bends of the knees, body temperature. These mites seldom survive between the fingers, and between the fold of buttocks. Sometimes the actual raised tunnels or bumps produced by the mites can be seen. Tunneling mites may produce severe itching which can be caused by toxic substances released from them. Often, constant itching causes the individual to become pale and haggard from loss of sleep. Scratching to relieve itching frequently leads to secondary bacterial infections that may become more serious than actual scabies. Widespread allergic reactions may also occur due to the mites’ presence. Fig. 1. The human itch mite, Sarcoptes scabiei (Actual size about the size of this period “.”) avoided unless screening programs are not immediate itching, although sensitivity normally occurs after one month. Thereafter, subsequent 4. Isolate infested person(s) for 24 hours after infestations result in reactions within the first 24 hours. Infestations producing these symptoms 5. Machine wash bed linens, clothing and all typically involve less than 12 adult mites. other possible contaminated articles in hot Diagnosis is best made by applying mineral oil (130°F) water and soap or tightly sealing to the affected skin surface (i.e. where tunnels occur), scraping the skin with a scalpel, and TREATMENT
1. Recognize signs/symptoms of a possible cream (Elimite®), benzyl benzoate, crotamiton infestation and attempt to recover mites for (Eurox®) sulfur, tetraethylthiuram monosulfide (Tetmosol®), thiabendazole, or 1% lindane 2. Inspect all individuals coming in contact (Kwell®) are the most widely recommended medications for itch mite control. These 3. Treat all infested persons with one of the products are available only through a physician by prescription and should be applied strictly following treatment section. Prophylactic treatment of non-infested persons should be For More Information & Photographs

American Academy of Dermatology. 1993. http://www.aad.org/P_Frameset.html
Indian and Inuit Health Committee, Canadian Pediatric Society. 1994. Scabies Management. Can. J.
Paediatrics 1(5):152-155; http://www.cps.ca/english/statements/II/ii94-01.htm
Greene, A. 1996. What is the appropriate medication to use for scabies?
http://www.drgreene.com/961118.html
EntGuide publications are a series of informational leaflets on the biology and recommended control of
Florida's medically important arthropods and related topics. They are produced as a service to
governmental agencies and the public. Mention of a proprietary product does not constitute an
endorsement nor recommendation by Florida A&M University. Trade names are used only to simplify
information for the reader. EntGuide publications can be reproduced and distributed without permission.
Copies can be obtained from the Center’s home page at: http://pherec.org, by calling (850) 872-4184 or
by mailing or faxing a letter of request indicating the publication number or title to: John A. Mulrennan,
Sr., Public Health Entomology Research & Education Center, Florida A&M University, 4000
Frankford Avenue, Panama City, Florida 32405-1933; Fax: (850) 872-4733. All EntGuide
publications have been reviewed by Florida A&M entomologists prior to publication. The concept and
layout for EntGuide was developed by Dr. John P. Smith.
EG#8-1999

Application of Embedded System for Home Care and Health Management Jyh-Perng Fang and Yang-Lang Chang National Taipei University of Technology, Taipei, Taiwan Abstract Non-compliance and inappropriate usage of medication are common problems found among the elderly, especially in the environment of home care. To address these problems, a drug dispenser is developed with the followin