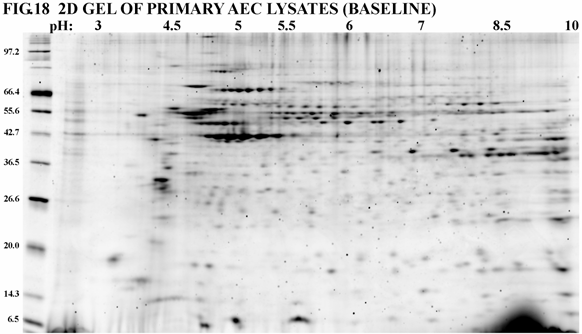 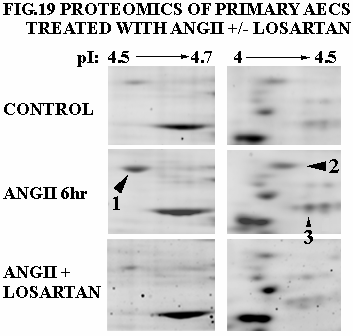 Graduate Studies Control of Lung Remodeling
Department of Physiology
Bruce Uhal, Ph.D.
The air sacs of the lungs (alveoli) contain specialized epithelial cells, called alveolar epithelial type II pneumocytes, that synthesize pulmonary surfactant, pump water and solutes out of the airspaces, metabolize foreign compounds and exert control over local immune defense mechanisms. Research in our laboratory has shown that during lung injury, type II cells and adjacent lung fibroblasts begin synthesizing the vasoactive peptide angiotensin II, independently of the "endocrine" renin-angiotensin system that functions within the vasculature to control blood pressure. Angiotensin II in turn induces epithelial cell death (apoptosis), stimulates extracellular matrix deposition by structural cells and evokes signaling mechanisms which lead to abnormal restructuring of the lung architecture. Our current work is focused on defining the factors that induce the expression of the gene for angiotensinogen, the precursor of angiotensin II, within the alveolar epithelium. We also are beginning to identify the epithelial-specific converting enzymes and receptor signaling pathways responsible for the generation of angiotensin and its ability to induce lung remodeling in response to pathophysiological stimuli. The information gained from these studies will ultimately provide a foundation from which to design new strategies for preventing lung injury and for blocking the molecular mechanisms that lead to abnormal lung remodeling. One experimental approach to understanding the influence of angiotensin on alveolar epithelial cells (AECs) is proteomic analysis of isolated type II cells exposed to angiotensin II (ANGII) in vitro. Angiotensin acts on cells through the angiotensin receptors AT1 or AT2. Proteomics studies were designed to begin profiling AEC proteins that change in response to AT1 activation. Primary cultures of rat AECs were serum-starved for 24 hours and were treated for 6hrs with 10-7M ANGII; in addition, a third group was treated with ANGII plus losartan (an AT1 receptor blocker) at 10-6M. Fig.18 shows 2-dimensional electrophoresis of primary AEC lysates at baseline, i.e. untreated AECs. Generation of a Matchset with 2D-Quest software (BioRad) revealed over 80 spots which changed significantly after 6hr exposure to ANGII. Fig.19 shows selected examples of individual spots, each of which was increased by ANGII but reversed to baseline levels by ANGII+losartan, the AT1 receptor blocker. Each of the three spots indicated by arrowheads 1-3, as well as its smaller counterpart on the Control sample, were cut from the gel with a BioRad ProteomeWorks Spot Cutter and was analyzed by mass spectrometry (MS/MS) performed on peptides generated by protease digestion. MS results were then submitted for MASCOT search and assessed on the basis of Probability Based Mowse Score (see www.matrixscience.com).
Table II summarizes MS results for 5 proteins upregulated by
ANGII. These include spots 1-3 in Fig.19, which correspond to HSP-90, nucleophosmin/B23 and annexin V, respectively. Upregulation of nucleophosmin is consistent with the role of ANGII as apoptosis inducer for AECs, as nucleophosmin has been identified as a stress-responsive protein in a variety of cells after UV or ionizing radiation, as an immediate-early response gene and as a direct regulator of p53 stability and transcriptional activity. HSP-90 is known to be involved in the stabilization of STAT complexes in AECs and other cells, and is believed to play a role, with other proteins including the ANGII receptor AT1, in regulating eNOS activity. Experiments Table II. Mass Spec. Results, AECs +/- ANGII
designed to elucidate and verify the induction of AT1-responsive genes and protein subsets in AECs are now underway. These studies will ultimately shed light on the signaling pathways involved in the remodeling of lung tissue and may lead to novel therapeutic methods for manipulating lung injury and repair.