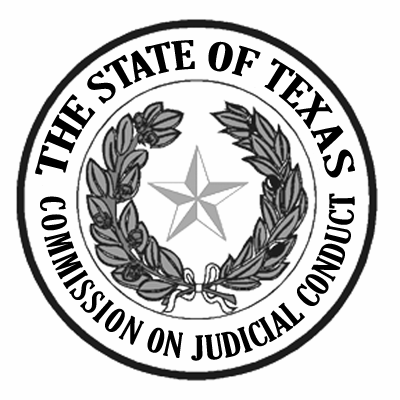 STATE COMMISSION ON JUDICIAL CONDUCT
PUBLIC STATEMENT
No. PS-2006-1
In July of 2004, a press conference was held by a parents’ rights group to announce the filing of a complaint against a judge who they accused of violating the Texas Code of Judicial Conduct for his extra- judicial service on several boards, including Texas CASA (“Court Appointed Special Advocates”). Based on the notoriety caused by the announcement, the State Commission on Judicial Conduct determined that the best interests of the judiciary and the public would be served by issuing this Public Statement addressing the Commission’s position regarding the propriety of judges who serve on the Texas CASA, Inc. is a statewide, nonprofit organization devoted to the recruitment, training, and oversight of volunteers who serve as court-appointed special advocates for abused and neglected children in juvenile dependency proceedings. Volunteers for CASA are specially trained to advocate for the best interests of a child involved in a court proceeding. Although CASA may differ in some ways from typical advocacy groups such as MADD (“Mothers Against Drunk Drivers”) or ATLA (“Association of Trial Lawyers of America”), it is nonetheless a victim advocacy group whose volunteers are partisan, not neutral, in the judicial process. In many cases a CASA volunteer’s recommendations may conflict with the position taken by attorneys for the birth parents or even the minors themselves, all of whom are parties in the proceedings before the judge. In general, judges are required to avoid impropriety and the appearance of impropriety in all of the judge’s activities. Canon 2. In order to promote public confidence in the judiciary, it is not enough that a judge be fair and impartial when deciding cases, he must also appear to be fair and impartial. Canon 4A(1) of the Texas Code of Judicial Conduct addresses the appearance of impropriety and partiality by stating that “a judge shall conduct all of the judge’s extra-judicial activities so that they do not cast reasonable doubt on the judge’s capacity to act impartially as a judge.” While judges are encouraged to engage in civic and charitable activities, their participation is restricted to activities that do not reflect adversely upon the judge’s impartiality or interfere with the performance of judicial duties. Canon 4C. Likewise, if the organization will be engaged in proceedings that would ordinarily come before the judge or will be regularly or frequently engaged in adversary proceedings in any court, a judge should not serve as an officer, director, trustee or non-legal advisor of the organization. Canon 4C(1). In order to avoid the appearance of impropriety and partiality, judges should be cautious about serving an organization, even one as noble and praiseworthy as CASA, when such an organization advocates a particular legal philosophy or position. This is especially true when the organization will be involved in proceedings likely to come before the judge. See Jeffrey Shaman, et al., Judicial Conduct and Ethics §9.10 (3d ed. 2000). While it is true that judges who serve any sort of advocacy group run the risk that the public will perceive that the judge supports the policy positions of that organization, judges who serve an organization like CASA would likewise endanger the public perception of the judge’s impartiality for it would not be unreasonable for the public to believe that a judge who is affiliated with CASA would endorse and be partial to CASA and the CASA volunteer’s recommendations. When asked to rule in a case involving CASA, a judge’s relationship with the organization may cause a perception that the CASA volunteer’s opinion will be afforded greater weight because of the judge’s connection with CASA. This would be true regardless of whether the board on which the judge would serve was local or The Commission’s position regarding a judge’s service on CASA should be limited to those judges who hear cases in which CASA volunteers appear as advocates, or who have appellate jurisdiction over such cases. The Commission would note that the appearance of impropriety in some cases could be cured with a full disclosure of the judge’s affiliation with CASA, on the record, followed with the informed consent of the parties and their counsel to allow the judge to continue to hear and decide the case. Naturally, if a judge were asked to recuse from cases too frequently because of the relationship with CASA, that judge should step down from his or her membership on the board. Canon 3B(1). Finally, in concluding that such service by a judge could be improper, the Commission is not criticizing any judge’s desire to serve CASA, nor is it suggesting that CASA is not a praiseworthy organization. Further, the Commission’s position is based on the Texas Code of Judicial Conduct as it currently is written. If future revisions to the Code were to allow for such service by a judge, or if the Legislature were to provide statutory authority for a judge to serve such an organization, this Public This Public Statement, issued pursuant to the authority granted by Article 5, §1-a(10) of the Texas Constitution, is intended to help preserve the integrity of all judges in the State of Texas, to promote public confidence in the judiciary, and to encourage judges to maintain high standards of professional conduct. Signed this __18th__ day of _November_, 2005. ORIGINAL SIGNED BY
1 See also Nebraska Judicial Ethics Opinion 05-1, issued January 20, 2005.