Asthma is a common condition that affects the airways. The typical symptoms are wheeze, cough, chest tightness, and shortness of breath. Symptoms can range from mild to severe. Asthma cannot be 'cured', but treatment usually works well to ease and prevent symptoms. Treatment is usually with inhalers. A 'typical' person with asthma may take a preventer inhaler every day (to prevent symptoms developing), and use a reliever inhaler as and when required (if symptoms flare up). This leaflet gives a general overview of asthma. There are other leaflets in this series called 'Asthma - Picture Summary', 'Asthma - Peak Flow Diary', 'Asthma - Peak Flow Meter' and 'Inhalers for Asthma'. What is asthma and who does it affect?
Asthma is a condition that affects the smaller airways (bronchioles) of the lungs. From time to time the airways constrict (narrow) in people who have asthma. This causes the typical symptoms. The extent of the narrowing, and how long each episode lasts, can vary greatly.
Asthma can start at any age, but it most commonly starts in childhood. At least 1 in 10 children, and 1 in 20 adults, have asthma. Asthma runs in some families, but many people with asthma have no other family members affected.
What are the symptoms of untreated asthma?
The common symptoms are cough and wheeze. You may also become breathless, and develop a feeling of chest tightness. Symptoms can range from mild to severe between different people, and at different times in the same person. Each episode of symptoms may last just an hour or so, or persist for days or weeks unless treated.
What are the typical symptoms if you have mild (untreated) asthma?
You tend to develop mild symptoms from time to time. For example, you may develop a mild
wheeze and a cough if you have: a cold, a chest infection, be in the hay fever season, or
when you exercise. For most of the time you have no symptoms. A child with mild asthma
may have an irritating cough each night, but is often fine during the day.
What are the typical symptoms if you have moderate (untreated) asthma?
Without treatment: you typically have episodes of wheezing and coughing from time to time.
Sometimes you become breathless. You may have spells, sometimes long spells, without
symptoms. However, you tend to be wheezy for some of the time on most days. Symptoms
are often worse at night, or first thing in the morning. You may wake some nights coughing
or with a tight chest. Young children may not have typical symptoms. It may be difficult to
tell the difference between asthma and recurring chest infections in young children.
What are the typical symptoms of a severe attack of asthma?
You become very wheezy, have a 'tight' chest, and have difficulty in breathing. You may find
it difficult to talk because you are so breathless. Severe symptoms may develop from time
to time if you normally have moderate symptoms. Occasionally, severe symptoms develop
'out of the blue' in some people who normally have just mild symptoms.
What causes asthma?
Asthma is caused by inflammation in the airways. It is not known why the inflammation occurs. The inflammation irritates the muscles around the airways, and causes them to squeeze (constrict). This causes narrowing of the airways. It is then more difficult for air to 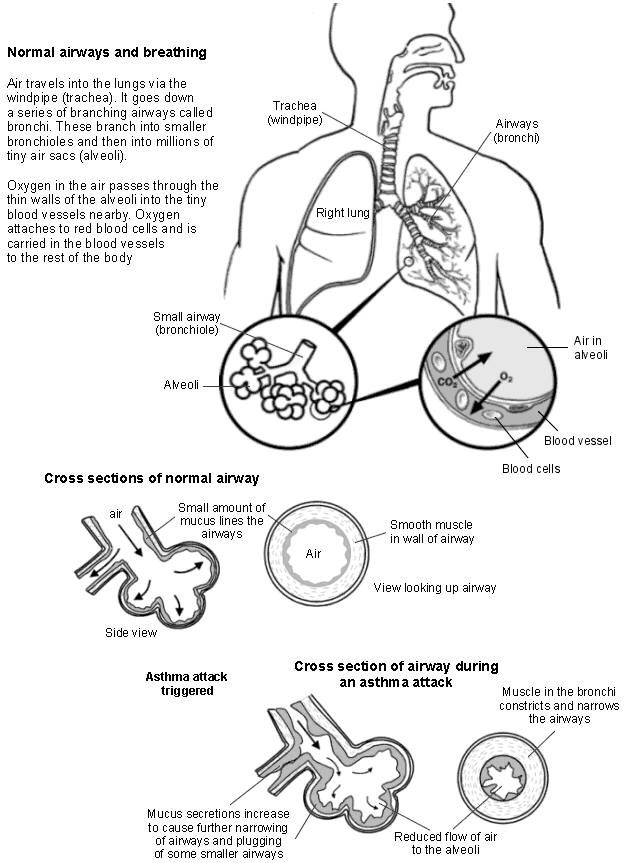 Nebo policies and procedures on student use of tobacco, alcohol, and other drugs

Nebo Policies and Procedures on Student Use of Tobacco, Alcohol, and Other Drugs Purpose and Philosophy The use, possession, influence, distribution, and sale of tobacco, alcohol, drugs, and/or other similarly harmful substances or drug paraphernalia jeopardizes the safe environment [conducive to the learning process] and constitutes a hazard to the welfare of students and faculty, i