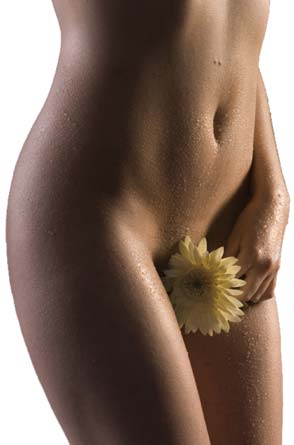 First in a Series
Vaginitis
This term describes any infl ammation of the vagina. The most common
Although vaginal health concerns cause of infl ammation is infections, but they can also be caused by
affect over half of the women in trauma or an allergy to products, such as latex. The most common
the United States, many of us infections are yeast infections, bacterial vaginosis, trichomaniasis and
choose to ignore them. Regardless atrophic vaginitis.
of your level of sexual activity, it’s
extremely important to familiarize Yeast Infections
yourself with some of the most Also known as candida vaginitis, yeast infections are caused by fungi,
common problems. We gathered normally present in the vagina, that overgrow causing itching, redness
the information you need on the and a discharge that resembles cottage cheese. This infection can be
most common vaginal infections, triggered by antibiotics; stress; medical conditions; a warm, moist
how to treat them and how to keep genital environment; and hormonal fl uctuations. Since they kill healthy
yourself healthy.
lactobacilli, antibiotics are the most common cause of yeast infections, but you can avoid this by eating yogurt, which replaces normal bacteria.
What’s Normal?
Treatment: Common treatments are over-the-counter vaginal creams,
First of all, familiarize yourself with two important terms: vulva and such as three-day Monistat or prescription drug, Difl ucan.
vagina. The vulva is a term for all the external female genitalia, and
the vagina is the muscular internal tube that serves as a passageway Bacterial Vaginosis
for menstrual fl ow and childbirth. A healthy vagina is abundant Similar to a yeast infection, bacterial vaginosis is also caused by
with lactobacilli, small, benefi cial bacteria that prevents other an overgrowth of organisms; however, they are bacteria rather than
organisms from infecting the vagina and maintains its mildly-acidic fungi. This unhealthy bacteria growth occurs when the pH balance
environment. Vaginal health can be determined by the vagina’s odor of the vagina becomes more alkaline than mildly acidic because
and discharge. If you notice abnormalities or concerns, contact your the lactobacilli are unable to live, allowing bacteria to take over.
doctor right away.
Symptoms include a fi shy odor, vaginal irritation, burning with urination and a white-gray discharge.
Normal Odor
Treatment: Effective treatment includes special antibiotics taken
Each woman has an individual scent infl uenced by factors, including orally or by use of a vaginal applicator. The oral medication can sweat and discharge. A slightly pungent or earthy odor is normal, but cause side effects, such as bad taste in the mouth and upset stomach. an unpleasant smell is a sign something may be wrong.
The vaginal gel has fewer side effects but must be applied nightly for fi ve days.
Normal Discharge
Vaginal discharge is made of exfoliated skin cells, bacteria and Trichomaniasis
secretions. Each individual’s amount, texture and color of discharge This is a microorganism that can infect both the vagina and urethra
varies. It can range in color from clear, to white, to yellow, and its and is usually sexually transmitted. It often causes women to have a
function is to serve as a natural protectant against foreign organisms “frothy” yellow-gray discharge, unpleasant odor and vulvar irritation,
and keep the vagina moist and clean. It may be heavier when a woman but men usually don’t have symptoms.
is sexually aroused, pregnant or taking birth control pills and may be Treatment: Trichomaniasis can easily be treated with an oral antibiotic.
lighter in postmenopausal women.
It should be taken by both partners.
What’s Not Normal?
Atrophic Vaginitis
Gray, green or dark yellow secretions that have a foul odor, such This infection is usually the result of reduced estrogen levels following as fi sh, ammonia or yeast are signs of an unhealthy vagina. These menopause. Vaginal tissues become thinner and drier, leading to symptoms, which may also be accompanied by burning, itching or itching, burning or pain. Decreased estrogen is a natural effect of irritation, can be a sign of a vaginal infection, sexually transmitted perimenopause and postmenopause but can be caused by other factors infection or improper hygiene habits. A professional diagnosis is as well. Symptoms consist of vaginal soreness and itching, painful always necessary so treatment can be administered accordingly. If intercourse, bleeding after intercourse, vaginal dryness, vaginal you experience severe abdominal pain, pain with urination or a fever, burning, burning with urination and urgency with urination.
seek immediate medical care.
Treatment: Vaginal estrogen therapy comes in a few forms: vaginal
estrogen cream can be inserted into the vagina with an applicator; a
Regular gynecologic exams are a key part of your health soft, fl exible ring can be inserted into the upper part of the vagina, care and are extremely important to your total health and releasing doses of estrogen; or a tablet can be placed into the vagina well-being. From the start of menstruation to the end of menopause and beyond, a number of problems can occur. Always remember to consult a physician if you notice any
By having routine exams, your doctor can detect problems abnormalities. Since many of these infections trigger the same
and treat them before they worsen.
symptoms, self-diagnosis is often ineffective.
Northwest Suburbs® 00

INDIANA UNIVERSITY SCHOOL OF NURSING BACCALAUREATE PROGRAM-BLOOMINGTON CAMPUS S471—Restorative Health Related to Multi-System Failures: The Practicum Weekly Patient Note Name__Brittany Rowe___________________________ Patient Story/Background/History: ***** Pt is a 55 year old male, who was found ‘down and out’. He presented with mental status changes and bilateral