GINSENG COFFEE ( Panax Quinquefolins)
Insert from Asian Health Secrets by Letha Hadady
Ginseng, long praised by Asians as a cure all, has become as familiar as vitamins. The North American ginseng story began during the 18th century, when Iroquois Indians near the Great Lakes trapped for fur and gathered the man-shaped root for trade with both the French and English in exchange for guns and liquor. A few medicine men complained that braves would forget their hunting skills because they spent so much time gathering roots. Today ginseng is grown in Wisconsin and Vermont, but the root derives its name not from its origin, but from its type. Ginseng refers to several different plants variously called Chinese ginseng (panax ginseng); American ginseng (panax quinquefolium); Siberian ginseng (eleuthero); dang shen (codonopsis); and tienchi (pseudoginseng). All the ginsengs have unique qualities and are not interchangeable. In fact, the types and temperatures of plants in the ginseng family vary enough to provide a root for all seasons. American ginseng is a white ginseng (in Latin, panax quinquefolium), sweeter tasting than Chinese ginseng, with anti-inflammatory properties. Since we can get drier as we get older, it pays to replenish natural juices with American ginseng. In the long run it is calming and beautifying, because it renews internal organs while refreshing the body fluids. It was highly prized in the 19th century by a number of American Indian tribes. The Penobscots steeped the root to make an infusion to increase fertility in women.(Modern research has shown that ginseng increases the weight of seminal vesicles and prostate glands, and enhances sperm counts and fertility.) The Menominees used the root as an energy tonic and to strengthen mental powers . The root is stimulant and stomachic. It gently energizes the central nervous system, has anti-fatigue action, and can increase motor activity. It stimulates the DNA and RNA production and protein synthesis. Several species of ginseng help us to adapt visually to darkness, to tolerate high and low temperatures, and to increase work efficiency. Traditional Chinese doctors recommend American ginseng tea made from either the root or leaves, after fever, in order to cool the body by increasing fluids, especially salvia. If you're often thirsty, have a dry cough, or smoke, this should be your choice among ginsengs. American ginseng is appropriate for anyone who is weak and tends to have systemic inflammatory symptoms such as hot flashes and night sweats. It cools and refreshes while strengthening the body. Older Asians drink American ginseng tea daily as a beautifying rejuvenator that refines the skin and diminishes dryness, patchy areas, wrinkles, and fragile capillaries. In China it is also a popular remedy for excessive drinking. Anyone with chronic or severe medical conditions or who have serious health concerns, should consult with a health care professional before trying this product. 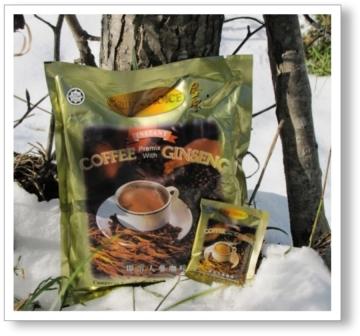 Vitamin A
May contain tree nuts

Consultation Response Form SCENIHR preliminary report on “The safety of dental amalgam and alternative dental restoration materials for patients and users” References / Literature Case number: 517159724081705308 Due to rare space on the online form we send our literature references in addition to our consultation response. Literature European Academy for Environmental

November 19, 2008 Use of Antipsychotics in Children Is Criticized WASHINGTON — Powerful antipsychotic medicines are being used far too cavalierly in children, and federal drug regulators must do more to warn doctors of their substantial risks, a panel of federal drug experts said Tuesday. More than 389,000 children and teenagers were treated last year with Risperdal, one of five popul