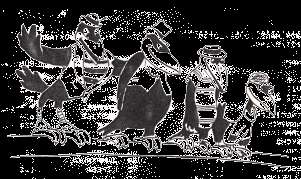 Run No: 1675
Hare: Dude
Where: Matthews Rd
When: 08 October 2007
Down in the dark near Downside the pack started to assemble. A
small pack at first but then Gomer arrived with a car full, ensuring
that a good complement were ready to run/walk.
Off we went and straight over a fence. Hooka, Christine and I
decided to take a short cut and caught up with trail along the fence
well before the rest of the pack caught up. Hooka took it upon
herself the act as trail breaker, trying to make the passage as safe
as possible for the pack that followed. Unfortunately this did not
stop Fuzz from getting caught up in the wire. New runner Alex tried
hard to keep up with the pack but a low hanging branch whipped of
his glasses and he was soon left behind.
The cheaterer walkers found On Home early and started back
across the paddock but were soon overtaken by some eager runners.
Alex after somehow finding his glasses managed to see our torch
lights and decided he’d had enough and joined us.

Hash Trash
Son asked his mother the following question: "Mom, why are wedding dresses white?" The mother looks at her son and replies, "Son, this shows your friends and relatives that your bride is pure." The son thanks his Mom and goes off to double-check this with his father. "Dad why are wedding dresses white?" The father looks at his son in surprise and says, "Son, all household appliances come in white." Viagra for Gramps This old man in his eighties got up and was putting on his coat. His wife said, "Where are you going ?" He said, "I'm going to the doctor." And she said, "Why? Are you sick?" "No," he said. "I'm going to get me some of those new Viagra pills." So his wife got up out of her rocker and was putting on her sweater and he said, "Where are you going?" She said, "I'm going to the doctor too." She said, "If you're going to start using that rusty old thing again, I'm going to get a tetanus shot." Brunette Meets Genie A brunette is walking through the country, when she finds a bottle. She rubs it and, you guessed it, a genie appears. The genie says, "You are allowed three wishes. But, I must warn you, anything you get, all the blondes in the world get twice as much." The woman says, "Okay. Give me a nice house." The genie replies, "You now have one nice house and all the blondes in the world have two." The the lady says, "Give me a gorgeous man." The genie replies, "You now have one gorgeous man, while all the blondes have two." The lady says, "For my last wish, Genie, see that stick over there? Beat me half to death with it." A husband and wife came for counselling after 15 years of marriage. When asked what the problem was, the wife went into a passionate, painful tirade listing every problem they had ever had in the 15 years they had been married. She went on and on and on: neglect, lack of intimacy, emptiness, loneliness, feeling unloved and unlovable, an entire laundry list of un-met needs she had endured over the course of their marriage. Finally, after allowing this to go on for a sufficient length of time, the therapist got up, walked around the desk and, after asking the wife to stand, embraced and kissed her passionately. The woman shut up and quietly sat down as though in a daze. The therapist turned to the husband and said, 'This is what your wife needs at least three times a week. Can you do this?' The husband thought for a moment and replied. 'Well, I can drop her off here on Mondays and Thursdays but the rest of the week I play golf!' A father asked his 11-year old son if he knew about the birds and the bees. "I don't want to know," the child said, bursting into tears. "Promise me you won't tell me." Confused, the father asked what was wrong. The boy sobbed, "When I was eight, I got the 'There's no Easter Bunny' speech. At nine, I got the 'There's no Tooth Fairy' speech. When I was 10, you hit me with the 'There's no Santa' speech. If you're going to tell me that grown-ups don't really get laid, I'll have nothing left to live for."

Nebulizer Therapy What is a nebulizer? A nebulizer changes liquid medicine into fine droplets (in aerosol or mist form) that are inhaled through a mouthpiece or mask. Nebulizers can be used to deliver bronchodilator (airway-opening) medicines such as albuterol (Ventolin®, Proventil® or Airet®) or ipratropium bromide (Atrovent®). A nebulizer may be used instead of a metered d