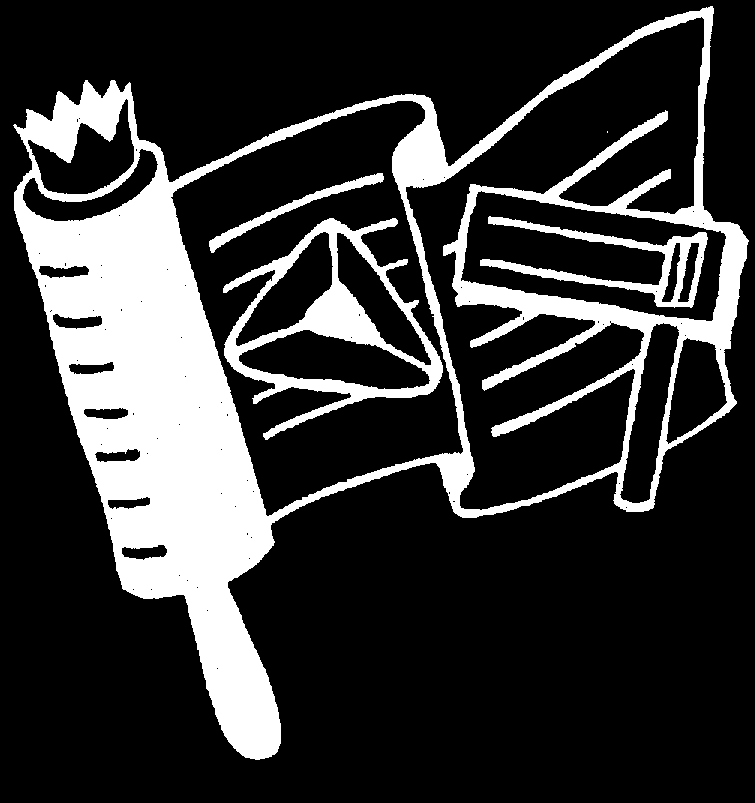 Purim is the most festive holiday of the Jewish calendar.
It is an occasion for “serious partying,” a day of
authorized abandon. Purim marks the celebration of
an ancient victory—when Queen Esther, an
Long, long time ago, many Jewish people lived in the city assimilated Jewish
of Shushan in the country of Persia. The king of this great country was named King Ahashverosh (A-hash-vay-rosh).
woman, found
The queen of the great country was named Queen Vashti.
the courage to
King Ahashverosh loved to give big parties in his palace. One night, he gave a big party and wanted Queen risk her life to
Vashti to dance for his guests. Vashti did not want to save the Jewish
dance, so she sent a message that she would not attend people from an
the King’s party. “Nobody says ‘No’ to evil advisor who
plotted to destroy
the Jews of Shushan.
Purim is undoubtedly the most high-spirited of
Jewish holidays and probably the easiest to celebrate.
m!wanttogo,buthercousin,Mordechai,saidshemust.
Four mitzvot (plural of mitzvah) have become the
“Perhaps some day you may be able to help the Jewish essence of Purim. (A mitzvah is good deed that Jews do, or
people,” suggested Mordechai. The King chose the beauti- ful and kind Esther to be his queen.
The King had a chief assistant to help him with all ① THE READING OF THE MEGILLAH
his important work. His name was Haman. Haman was a selfish, mean and greedy man. He would walk down the On Purim it is a mitzvah to hear the Megillah, the Book of Esther, read aloud. Purim’s festivities center around this reading. The community gathers in costume, graggers/ra’ashanim (Purim THE DOUGH
noisemakers) in hand, prepared to hear the story. Carnivals, plays, special dinners and parties all follow from this moment.
The Megillah reading of Purim can be a wonderful opportunity to introduce children to a synagogue. Even without understanding the context, children can learn to associate Judaism with joy and God.” This brave man was a Jew named Mordechai and celebration. They feel bonded to a people and community who know Haman did not like him. Haman decided to punish all the how to laugh and love their tradition enough to play with it and Jews because of Mordechai.Haman did not know that The actual story of the Megillah is one of straightforward ide- THE FILLING
alism. Its message for us and our children is that every Jew can be a hero and that individuals can make a difference. Attending a pastry fillings can be store-bought.
Megillah reading and discussing the story of Esther with your chil- MAKING THE HAMANTASHEN
dren can help to foster a sense of self-worth and provide a role ❷ GIVING SHALAH MANOT, GIFTS OF FOOD
Giving Shalah Manot reminds us that being a Jew means being part of the community and sharing celebrations with friends. Giving Shushan on the King’s beautiful white horse. This made Shalah Manot is a simple mitzvah. It is just a matter of giving a gift in the center of each circle of dough.
Haman even angrier and more determined to punish all • Fold up three sides of the circle and of two or more kinds of food to the small circle of people important One night, Esther invited the King and Haman to a in your family’s life. Shalah Manot may typically include haman- tashen (three-cornered cookies named after Haman), fruit, and ➂ GIVING MANOT LA-EVYONIM, GIFTS TO THE POOR
In the Jewish tradition, every act of celebration, every moment of significance, and every formal gathering includes an opportu- nity for giving tzedakah. Tzedakah, coming from a Hebrew word For more information, please…
meaning justice, is the obligation to help those who are in need phone us: 215-635-2877
away from him and gave it to Mordechai. The Jews were by sharing part of the wealth we have been fortunate enough e-mail us: [email protected]
very happy. They sang and danced and gave big parties.
visit our website: www.jopp.org
CELEBRATE AND BE HAPPY
A program of community outreach and Jewish education (ADAPTED FROM BUILDING JEWISH LIFE: PURIM, TORAH AURA PRODUCTIONS, LOS ANGELES, CA)