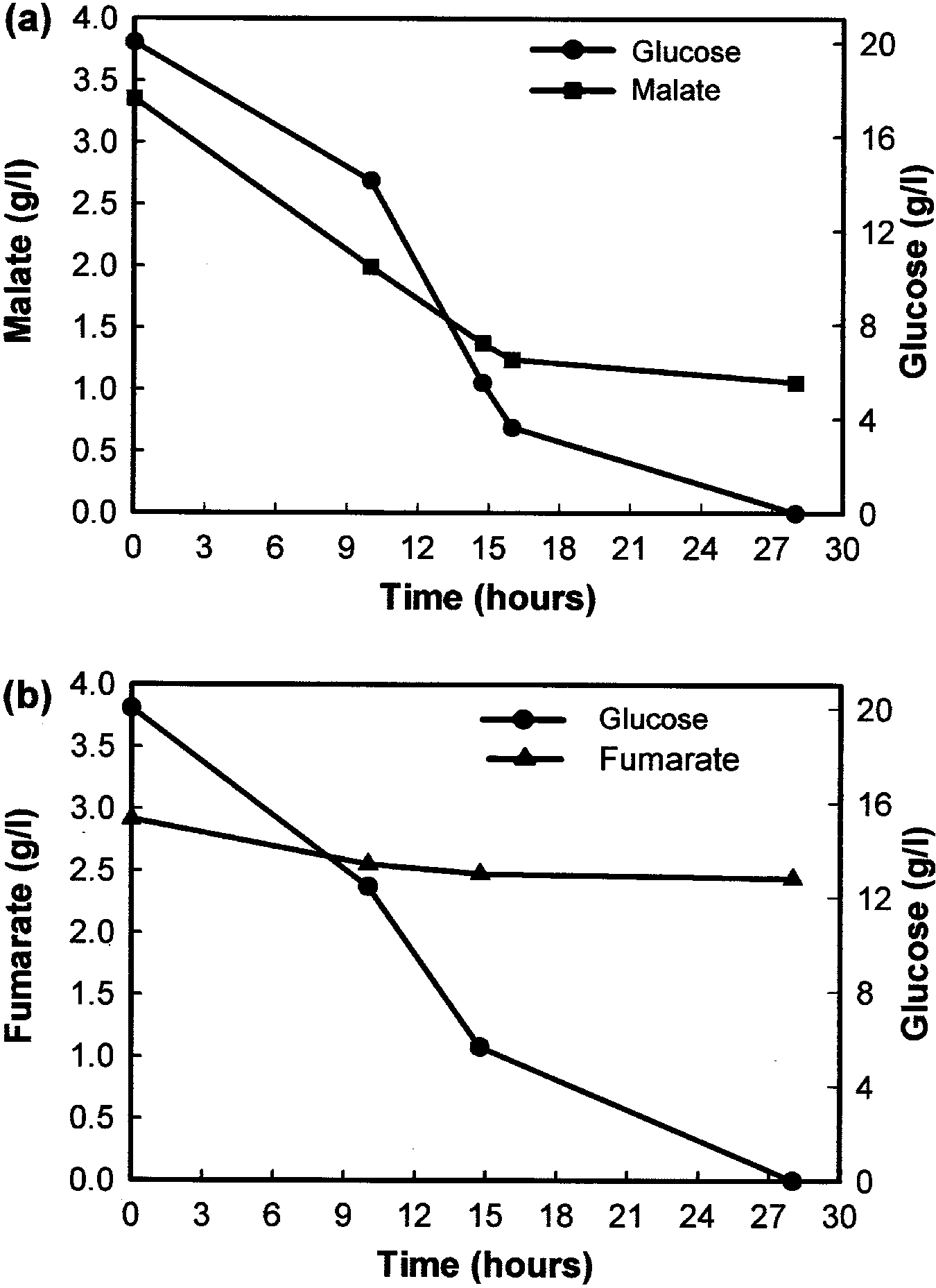 Fig. 2 HPLC analyses of extracellular concentrations of a L-malate and b fumarate during growth of Sch. pombe 972 h) on medium their abilityto degrade extracellular fumarate or L- malate incorporated into fumarate/malate indicator agar plates (Table 1). The yeasts Sch. pombe and Sac. cere- visiae are not able to utilise intermediates of the TCA cycle as their only source of carbon (Barnett and Kornberg 1960), whereas the other species that were investigated are known for their abilityto utilise TCA cycle intermediates. No degradation of either fumarate or L-malate was found for Sac. cerevisiae, since the yeast is unable to transport either of the dicarboxylic acids. In Sch. pombe, L-malate was eectivelydegraded in the presence of all the carbon sources that sustained growth, but no degradation of fumarate was observed. For C. utilis, degradation of both fumarate and L-malate Fig. 1 Transport studies to determine the uptake of L-malate and were found in all the carbon sources investigated, except fumarate bystrains of Schizosaccharomyces pombe and Saccharomy- for glucose (Table 1). The other yeast species showed ces cerevisiae. a Uptake of 14C-malate and 14C-fumarate in Sac.
varying abilities to utilise fumarate or L-malate that cerevisiae cel s transformed with the Sch. pombe mae1 gene. b Uptake of 14C-malate and 14C-fumarate by Sch. pombe 972 h) (wt) and Sch.
seemed to be dependent on the available carbon source.
pombe mae1) (mae1)) grown in 2% glucose. c Competition by Since the indicator plates onlyprovided limited infor- fumarate for the transport of 4 mM 14C-malate at pH 3.5 bythe Sac.
mation, further investigation was required to better cerevisiae YPH259 host strain (control) or transformed with the Sch.
understand the regulatorymechanisms involved in the pombe mae1 gene. The yeast strains were grown in 2% glucose without fumarate, or with 10 mM, 20 mM or 30 mM non-labelled degradation and transport of fumarate and L-malate by fumarate added simultaneouslywith the 14C-malate 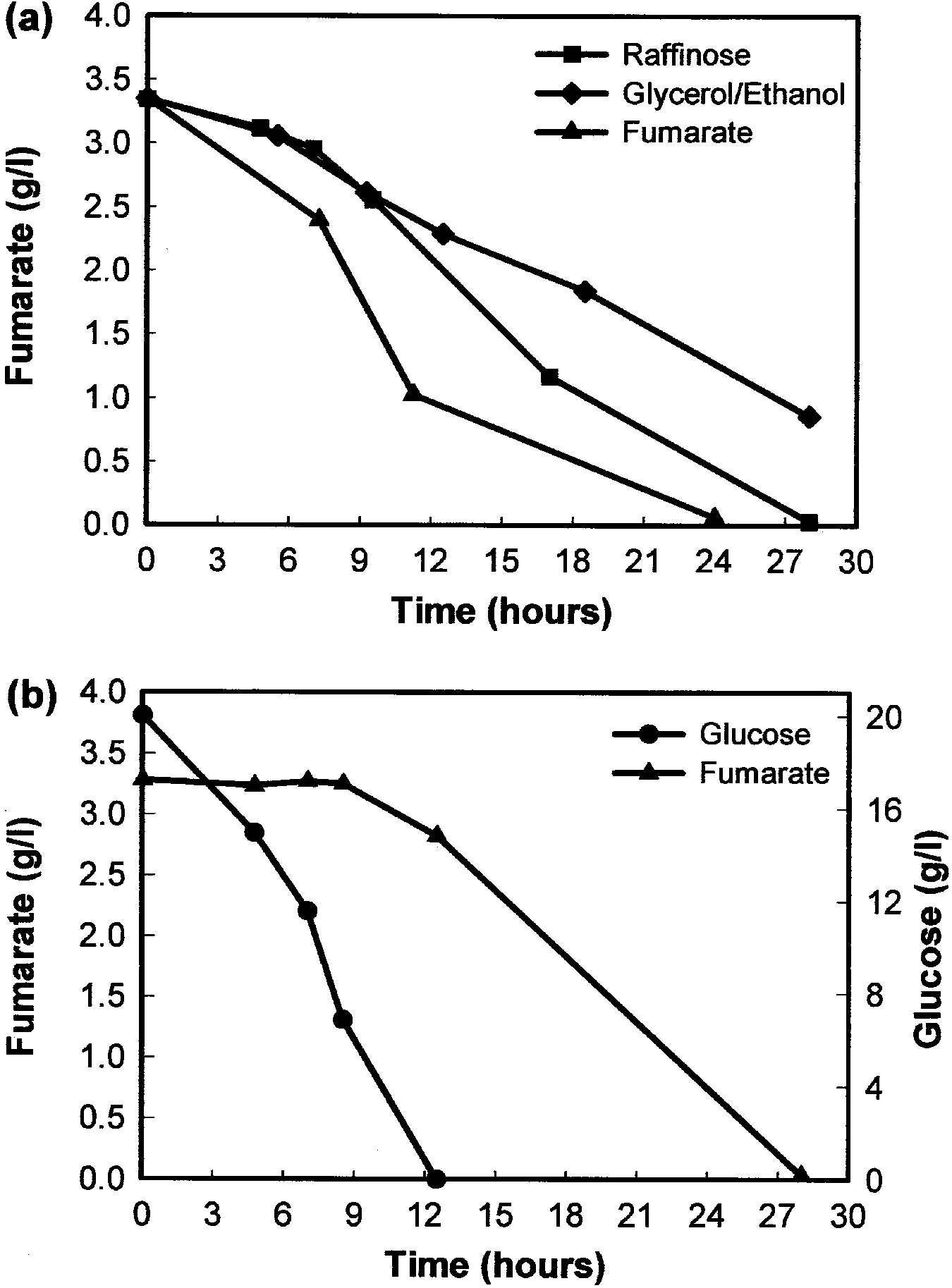 Cellular distribution (% of total 14C added) Grown in 2% glucose, add fumarate and 14C-malate Grown in 2% glucose, add L-malate and 14C-fumarate both fumarate and L-malate is subject to catabolite When C. utilis cells were pre-cultured in either fum- Cells of C. utilis eectivelydegraded extracellular fum- arate or L-malate as the onlycarbon source, most of the arate when grown in YNB medium containing fumarate 14C-fumarate was taken up within 10 s of addition as the onlycarbon source (Fig. 3a). However, the de- (Fig. 4a). However, the uptake of 14C-fumarate bycells gradation of fumarate was less ecient when grown in grown on either glucose or ranose as the onlycarbon the presence of either ranose or glycerol/ethanol as source was almost non-detectable, with onlya small carbon source, suggesting that other assimilable carbon amount transported bycells grown on glycerol/ethanol.
sources mayresult in catabolite repression of fumarate Similar results were obtained for the transport of L- transport. In support of this, the degradation of fuma- malate in C. utilis (data not shown), indicating that ac- rate bycells grown in glucose/fumarate media only tive transport of both fumarate and L-malate was subject commenced once the glucose had been depleted to substrate induction byeither dicarboxylic acid.
(Fig. 3b). Similar results were obtained for L-malate The transport of 14C-malate by C. utilis was further (data not shown), indicating that the degradation of investigated byshifting cultures grown on dierent carbon sources to fresh medium containing either 0.5%L-malate or 2% glucose (Fig. 4b, c). 14C-malate was quicklytransported bycells grown on either fumarate orL-malate, but transport ceased when cells were trans- ferred to glucose-containing medium (Fig. 4b). Cells were unable to transport 14C-malate when grown on glucose or glycerol/ethanol medium, not even when 0.5%L-malate was included in the glucose medium (Fig. 4c).
However, cells grown on glucose medium regained their abilityto transport 14C-malate when transferred to medium containing L-malate as the onlycarbon source Preliminarykinetic studies were done to determine whether C. utilis uses the same transporter protein for the uptake of fumarate and L-malate. Lineweaver-Burk plots of the initial rates of uptake of 14C-labelled fum- arate at pH 3.5 were linear over the concentration range of 0.08±2 mM (Fig. 5). The following kinetic parameters were calculated: Vmax(fumarate)(pH 3.5)  1.058 nmol s)1 mg (dryweight) cells)1; Km(pH 3.5) = 0.11 mM. These results indicated that fumarate and L-malate were mu- tuallycompetitive inhibitors, suggesting that theymight share the same carrier protein in C. utilis.
The dicarboxylic acid L-malate is widelyemployed in both the pharmaceutical and food industries. Due to its industrial importance, several groups have investigated the bioconversion of fumarate to L-malate using mi- crobial cells (Takata et al. 1980; Yang et al. 1992; Fig. 3 HPLC analyses showing the residual levels of fumarate after Keruchen'ko et al. 1995; Rosenberg et al. 1999).
growth of C. utilis on a 0.5% fumarate, 2% ranose or 2% glycerol/ ethanol or b 2% glucose as carbon source (residual concentration of Increased bioconversion of fumarate to L-malate (80.4 mmol fumaric acid/h per g of cell wet weight) was 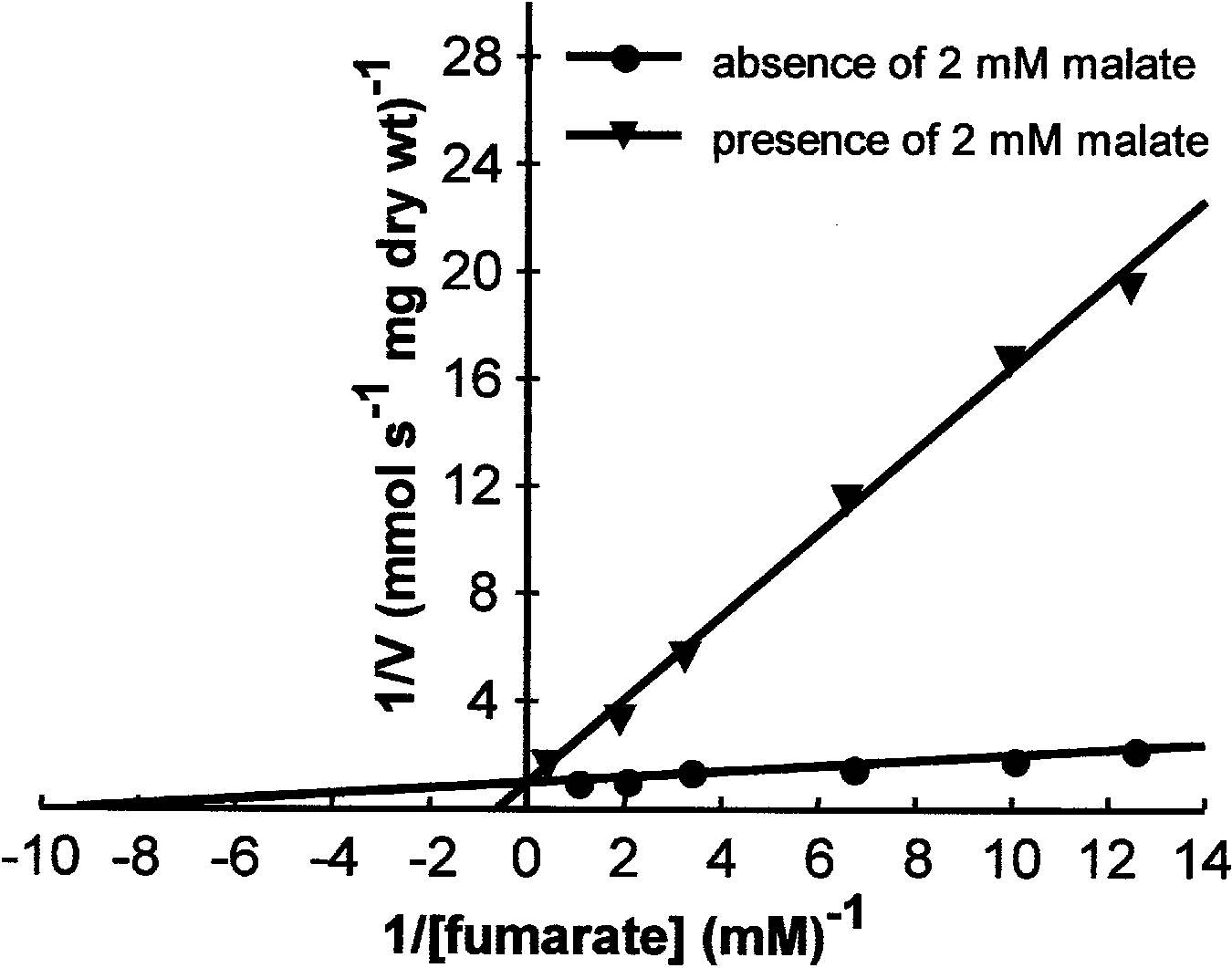 Nutrient-Drug Interactions and Food no. 9.361 by J. Anderson and H. Hart 1 It is a difficult and complex problem to accurately determine theeffects of food and nutrients on a particular drug. There are many dramaticresults or problems caused by food-drug, drug-drug and alcohol-food-druginteractions. The following table is designed to help the reader become moreknowledgeable about drug inter