In Part I we also begin to learn the larger lesson that we are but a tiny piece of the “the land organism.” Leopold Student Study Guide for Part I of
comes across as humble and self-effacing, rather than as a A Sand County Almanac
What emotions do the Part I essays evoke? I have only typed my notes through page 96, but these might help familiarize you with some of the terms and Leopold has a subtle sense of humor. List examples. concepts in the book. Additions, corrections and Time, in Part I, is in terms of the months of the year=time on a human scale. This changes in Part 2. Are the Part I essays fables (fable=”a moral tale with animals as characters”) or parables that use human Leopold was not a "tree-hugger." He advocated restraint terms, emotions, motives, characteristics to teach us more than preservation. He understood that in order to about nature? Analogy is said to be the primary way we survive, all living things change their environment. He was learn; by drawing parallels with what we already know. a forester who enjoyed hunting and fishing and cutting trees for firewood (before the chainsaw was invented!). Like What sort of person does Leopold seem to be? What gives his father, he loved camping, canoeing and backpacking. He witnessed the world changing from one big wilderness with a few people to one big mass of humanity with a few What is a metaphor? Give examples of Leopold’s use of metaphor. Leopold knew that metaphor is not the normal There are no more profound essays about the natural language of a scientist (he was adept at writing both world than these. They glow with the simple joys of styles). Why did Leopold use so many metaphors in this tracking a field mouse, watching the woodcock's mating book? Leopold was a fan of the German writer Goethe, dance, and gaining courage from tall pines in December. who said “all things are metaphors.” What do you think We get to share the thrill he felt when he saw his first Sandhill cranes and we experience his sense of wonder. But Why does he use so many anthropomorphic metaphors? there is sadness here also, as he witnessed more and more of his beloved wild places and "wildlings" disappearing. p.48 “we grieve only what we know first hand.” Like friends Leopold’s skills as a writer, forester, ecologist, scientist, or pets, we come to know the personalities of different philosopher and patient observer are unequalled. His species. He tells us how he “came to know Silphium,” an simple words, chosen with the artistry of a poet, help us amazing flower somewhat like a sunflower. What species experience his musings as if we were there beside him, observing the world at daybreak. But he does more than What morals is he discussing? What if there were no help us see the world with fresh, observant eyes, he helps morals in the tale? Would we be less likely to identify us appreciate its complexity and its many values that with it; to learn from it? Is this why he uses so many remain “as yet, uncaptured by language.” Many lament that Leopold did not live to write more. Notice the titles and ask yourself why he chose these. Some, Others have asked, "What more do we need?" like “January Thaw” are easy to understand, but others, Foreword
such as “GOOD Oak” are more subtle. Why do you think ix. Leopold writes, “Perhaps such a shift of values can be he called it a “good” oak? Why “Great Possessions”? (this achieved by reappraising things unnatural, tame and was Leopold’s favorite essay and at one time his chosen confined in terms of things natural, wild, and free.” Thus we learn that his goal in writing the book is to bring about a shift in values. Do you agree that such a shift is Questions on specific essays in Part I
1st 3 paragraphs p.6. Spiritual dangers in not owning a Part I. “Shack sketches” Leopold calls them.
farm. Why are these spiritual dangers? What does it matter if we don’t know where breakfast or heat comes General Questions on Part I
What adjectives would you use to describe Part I? 3rd paragraph, p.7 “thus it lived to garner eighty years of June sun. It is this sunlight that is now being One lesson in Part I is humility. A sense of wonder in the released…to warm my shack.” P. 8 lightning put an end little things. He is helping us to see, not only in the sense
to “wood-making” by the oak. These are basic lessons of of becoming more observant of the life around us, but also ecology and survival any farm kid would know, but more observant of human nature. We learn about human nature through the actions of mice, grebes, plovers and dogs. We learn that small things like mice, Draba and p. 9. Read the two paragraphs “We mourned…” and “We let chickadees, play important roles in ecosystems. Don’t let the dead veteran…” out loud. What points does he want these “cute” little essays fool you—there is considerable us to come away with from these two paragraphs? “Fragrant little chips of history spewed from the saw…piles of sawdust were something more than wood; 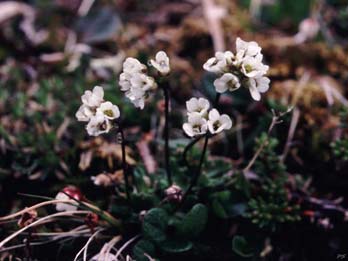 “they were the integrated transect of a century…decade Should we follow our own such sentimental promptings by decade, into the chronology of a lifetime, written in about the natural world? Some argue that if resource concentric annual rings of good oak.” Make oak human- managers and biologists do so, they will interpret like, draws larger lessons from a simple pile of sawdust. everything just through human eyes and experience. Talks about “chronology.” This word or concept comes up Others claim that such a lack of emotion transforms again and again throughout the book. Why does he resource managers into automatons who would simply emphasize this? Why does he feel it is important for document the disappearance of a species without doing anything about their decline. What are the pros and cons p.10 “alphabetical conservation” refers to the many of such sentimentality? Should resource managers be agencies of the New Deal in the 1930s, such as the CCC discouraged from being passionate about the resources (Civil Conservation Corps) and the WPA (Works Progress Administration) and Soil Conservation Service (SCS). P.23 The last paragraph before “April” starts “By this p.11 “while one definition of goodness [was written] in the international commerce of geese, … A barter of food for law books, fires were writing quite another one on the light, the whole continent receives as net profit a wild face of the land.” Fires do not obey human laws and poem dropped from murky skies upon the muds of because we did not have active forestry to cut out dead March.” This is a wonderful lesson in ecology in one wood and/or thin the trees, fires would “clean” it for us. beautiful paragraph. What is the lesson? What do you think of this as a way to teach ecology? p.12 Top. Through many extinctions and other environmental calamities, we have “the usual annual ring “April”. P.25 A board is a kind of literature? A farm is a
of oak.” What effect does this have? What is Leopold’s library? Why these metaphors? Why does he use opinion of human activities during this period? What metaphors that refer to reading and books? point is he trying to get across—to what end? “Draba” p.26. Shortest of the essays, some of Leopold’s
p. 13 “game of wheating land to death” and “sand-blow had friends felt it should be omitted. Should this one have origin in over-wheating.” Wheat is an annual crop, hard been omitted as they suggested? Is there an ecological on soil; it doesn’t hold soil like native perennial grasses. message of any importance here? Photo of this p.15 “1860’s when thousands died to settle the question: Is the man-man community lightly to be dismembered?” What war is he alluding to? Leopold refers to our culture as the “man-man community” to highlight that humans are NOT the ONLY community. Then he draws a parallel with man-land community and essentially asks if that is p. 15 bottom of page. John Muir wanted to buy his home farm to make it a sanctuary for the wildflowers that had “gladdened his youth.” Is nature important to aesthetics, joy, even mental health? How would Leopold answer this question? How would you answer it? P17 bottom. Read out loud in discussion session: “These “Sky Dance” p.30. Imagine this essay in the form of a
things I ponder…” The cycle is completed and “will come scientific article. How would it be different? How would back to me again, perhaps as red apples…” or a squirrel it be the same? Would one be “better” than the other? who “for reasons unknown to himself, is bent on planting For photos of the woodcock, recording of his song and a acorns.” What point is Leopold trying to make here? video of the Sky Dance (I can’t open it, but perhaps some of you can) see http://www.junglewalk.com/frames.asp. Search for woodcock. “The Geese Return”
“Great Possessions” p. 41 This was Leopold’s favorite of
p.20. “sad, widower geese.” “The seasoned ornithologist the essays and his choice of title for the book. The essay knows, however, that such subjective interpretation of depends on him as a common man, a phenologist (look up bird behavior is risky. I long tried to keep an open mind PHENOLOGY on the web), lover of land, a man in search on the question…” continue through “It is not often that of harmony and connection with the natural world. “My cold-potato mathematics thus confirms the sentimental emblems of sovereignty, a coffee pot and notebook.” What promptings of the bird-lover.” Explain how Leopold and his students discerned that these really were bereaved geese. Is Leopold unprofessional when he says “He felt p. 43 top. How many birds can you recognize just by their free to grieve with the lone honkers?” calls? How many can you recognize by sight? Biology and resource management students refer to the p.43 middle. His dog plays role of ignorant humans who attribution of human characteristics to nonhuman think “any illiterate bundle of feathers can make a noise creatures or things as “anthropomorphizing.” Literature in a tree.” It’s funny, but it is a quick and gentle lesson. students, on the other hand, call it “personification.” Why We end up looking down on the ignorant dog (and other species) that do not appreciate the song. Leopold anthropomorphizing about the objects of their study? preaches indirectly, which is very effective. How would