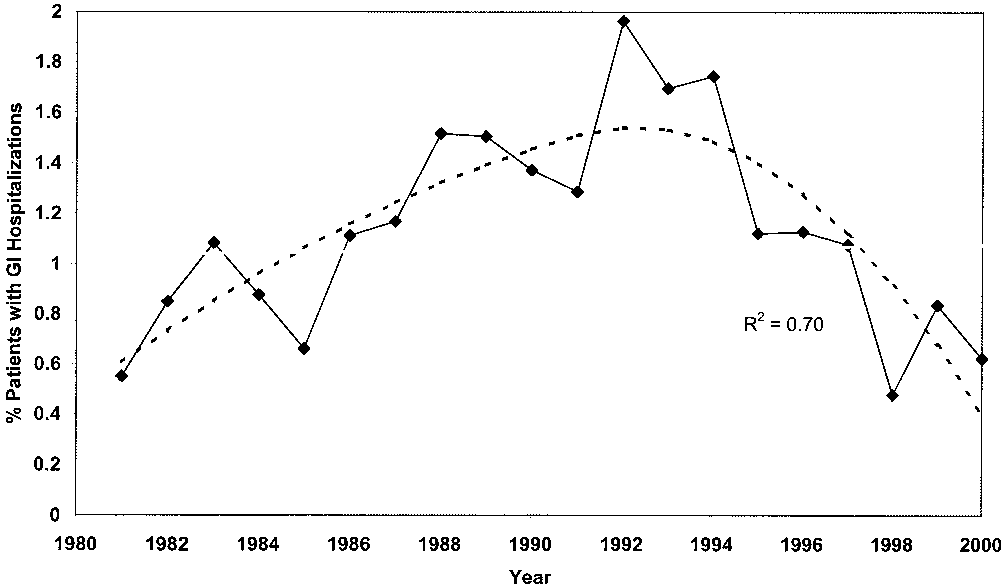 tially explanatory variables. The average age of thepatients in the cohort increased by nearly 6 years from1981 to 1992, from 56.7 years to 62.2 years, and thenremained relatively constant thereafter. Composite GIrisk propensity scores followed a pattern of rise through1992 similar to that of the GI-related hospitalizationrates, followed by a plateau. The percentage of patientsreceiving NSAIDs declined from 87% to 76% by 1992,and thereafter remained fairly constant. Average HAQdisability index scores, on a 0–3 scale (7), rose slightly inthe first period and improved considerably in the secondperiod, which is consistent with recent findings of de- Figure 1. Percentage of rheumatoid arthritis patients with serious
clining disability in RA associated with more aggressive gastrointestinal (GI) events that required hospitalization, over time.
use of disease-modifying medications over the past 2 The dotted line is a second-degree spline-fitted curve for these data.
decades (13). Average pain scores, on a 0–3 visualanalog scale, and average patient global health assess- tions as a percentage of all hospitalizations declined ment scores, on a 0–100 scale, similarly rose and then from 7.3% in 1981, to 5.7% in 1992, and to 4.8% in 2000.
fell, but differences were slight. Average disease dura- When considering only those patients who were exposed tion rose during the first period and subsequently de- to NSAIDs, a curve that was higher than, but of similar clined slightly. Prednisone use (average dosage ϳ7 mg/ shape as, that in Figure 1 was found, with a beginning day throughout) increased in the second period; this rate of GI-related hospitalizations of 0.5%, a peak of would have been expected to increase the rates of 2.1% in 1992, and the final value of 0.5%. Results were serious GI events during the period in which they were consistent across the 8 data bank centers.
Table 1 summarizes the trends in some poten- We also examined changes in drug dosage over Characteristics of the study population by year* * HAQ DI ϭ Health Assessment Questionnaire disability index; RA ϭ rheumatoid arthritis; NSAIDs ϭ nonsteroidal antiinflammatory drugs; GI ϭgastrointestinal.
† See Figure 2.
‡ See Figure 3. 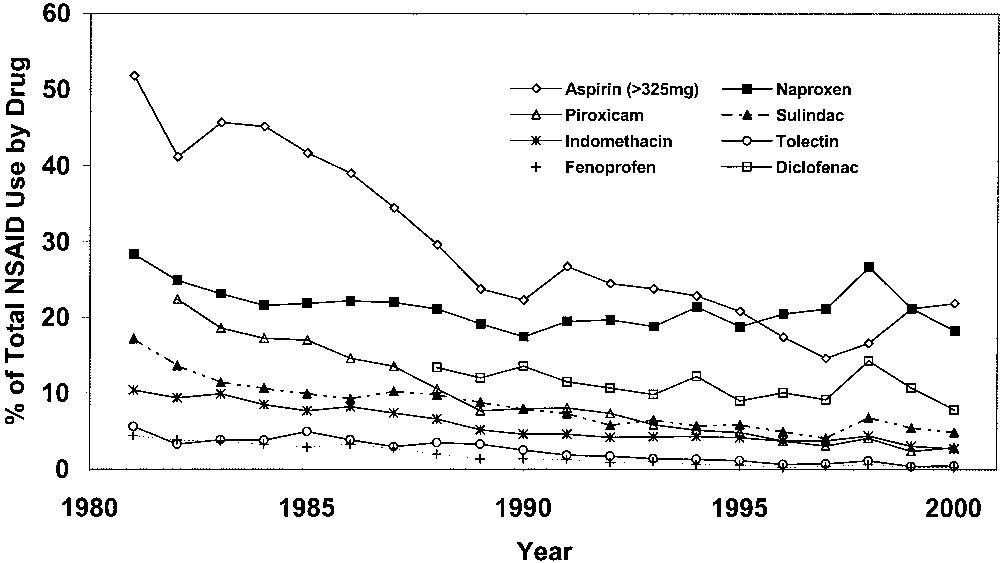 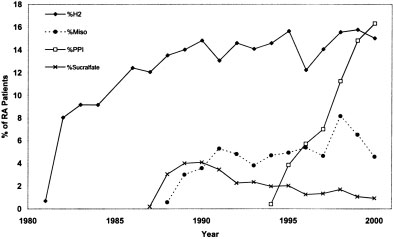 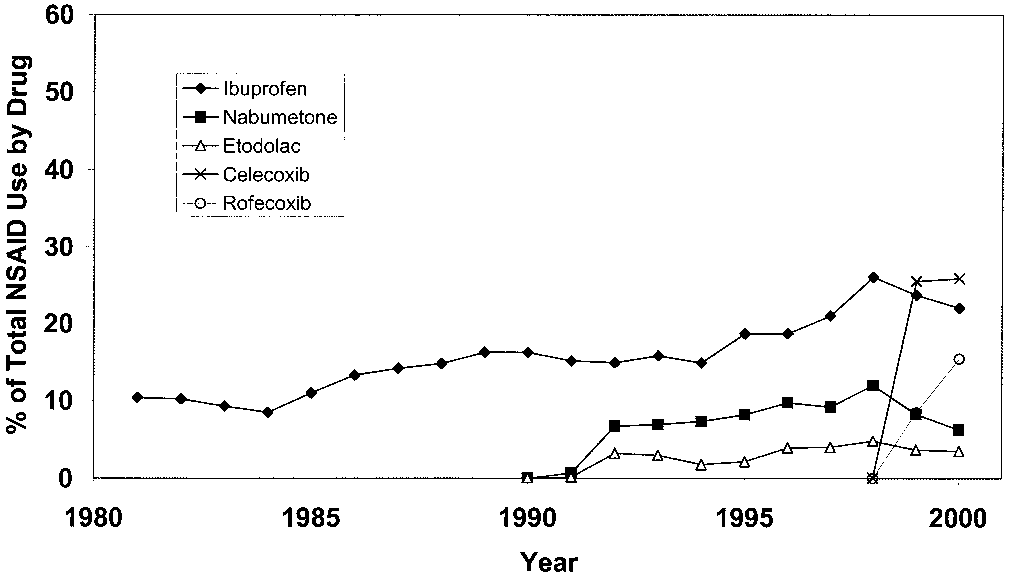 (z)-4-bromo-2-((naphthalene-1-ylimino) methyl) phenolDispersive liquid-liquid microextraction followed by high-performance liquid chromatography as an efficient and sensitive technique for the simultaneous determination of alprazolam, oxazepam and diazepam Ultrasound-Assisted Emulsification Microextraction Of Oxazepam, Alprazolam And Diazepam From Urine Samples Followed By Quantification